As noted last month: PSA has started to release data as it relates to grading trends. We are very excited to see them participating and sharing their extremely valuable data in a more transparent fashion.

When comparing GemRate data to PSA, it’s important to remember a couple of items.
1) PSA very intentionally includes the word “shipped” in its descriptions. The timing of when data updates on a pop report (how GemRate collects data) and when an item ships may not coincide perfectly.
2) Population data is subject to things like reclassifications, issuance of new certs, reholders, etc. PSA will always be best suited to account for those types of nuances and therefore will always be the best source of truth as it relates to newly graded cards.

In summary, GemRate data will always be very directionally correct but PSA will always have the source of truth.

PSA output was roughly flat in January compared to December ‘21 - with 775,680 items graded during the month 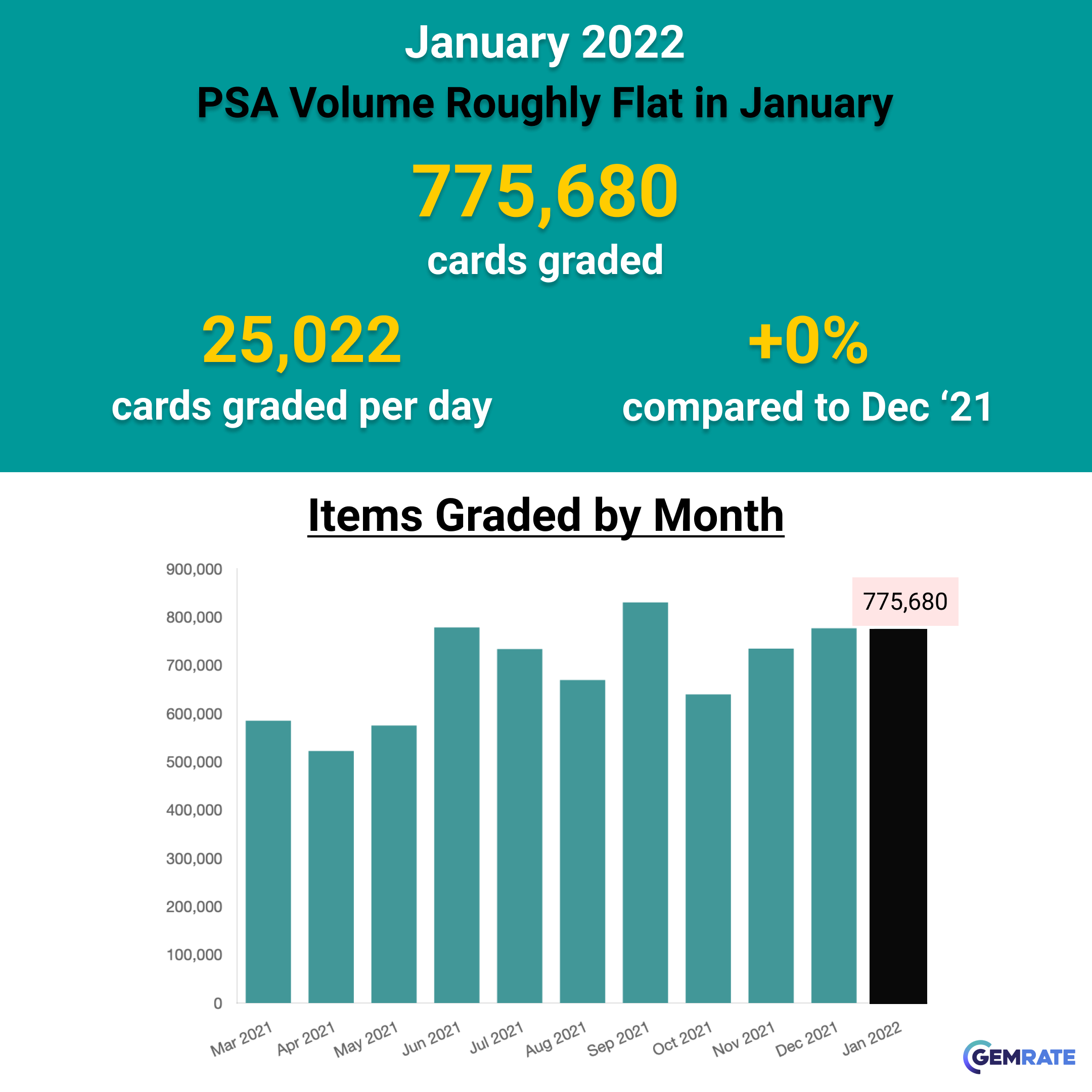 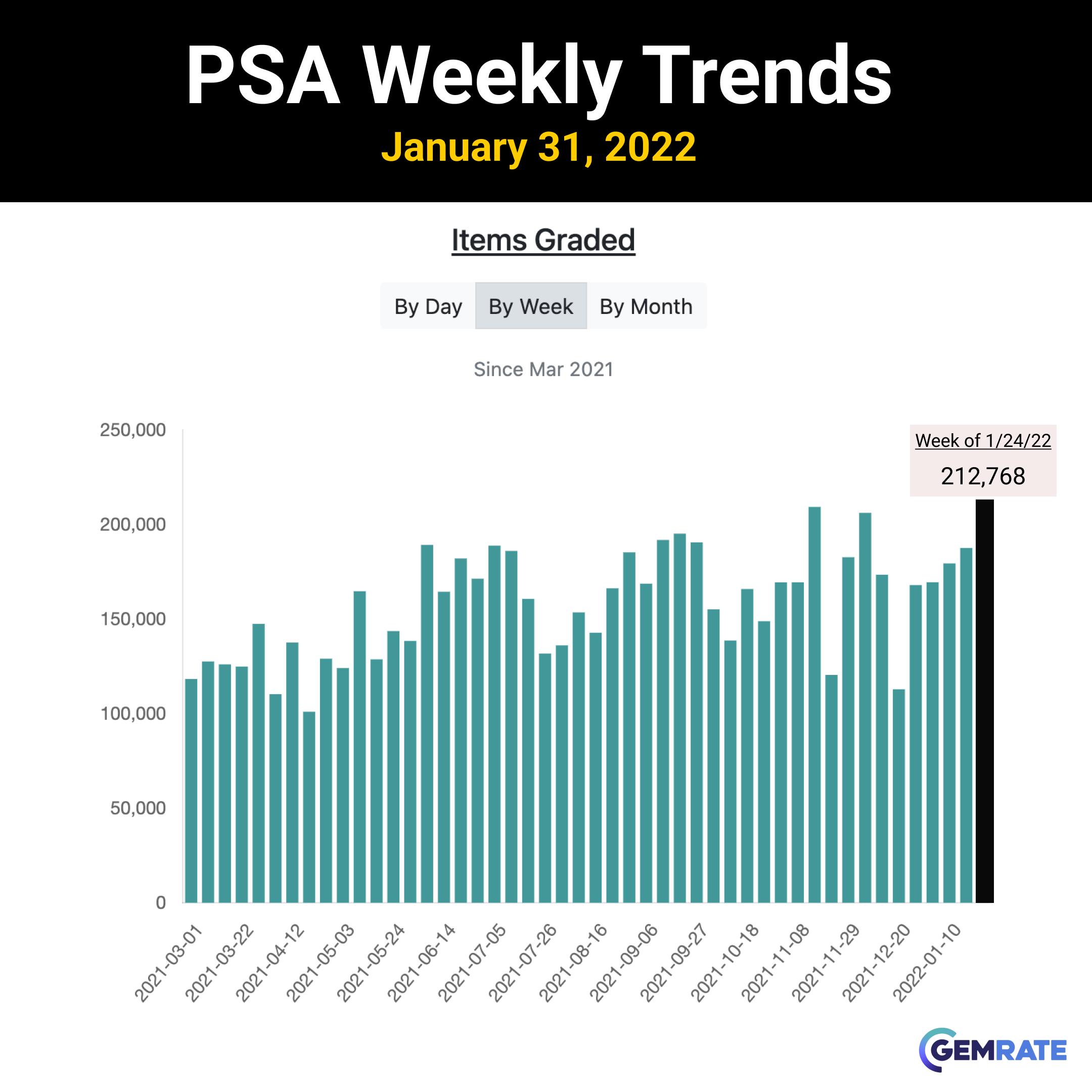 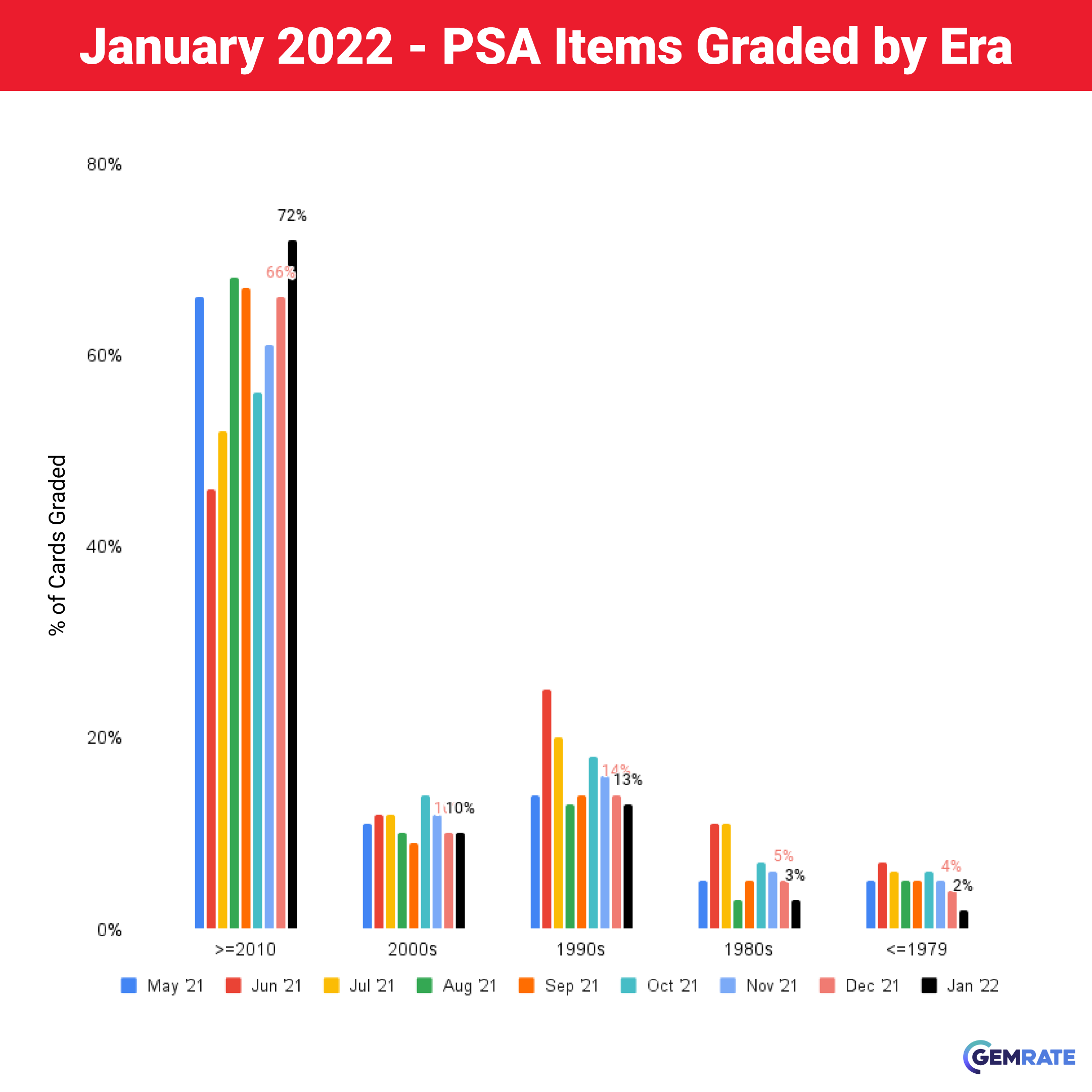 Gem rates increased again in January; however, this increase appears mix driven as grading appears to be much more consistent over the past few months 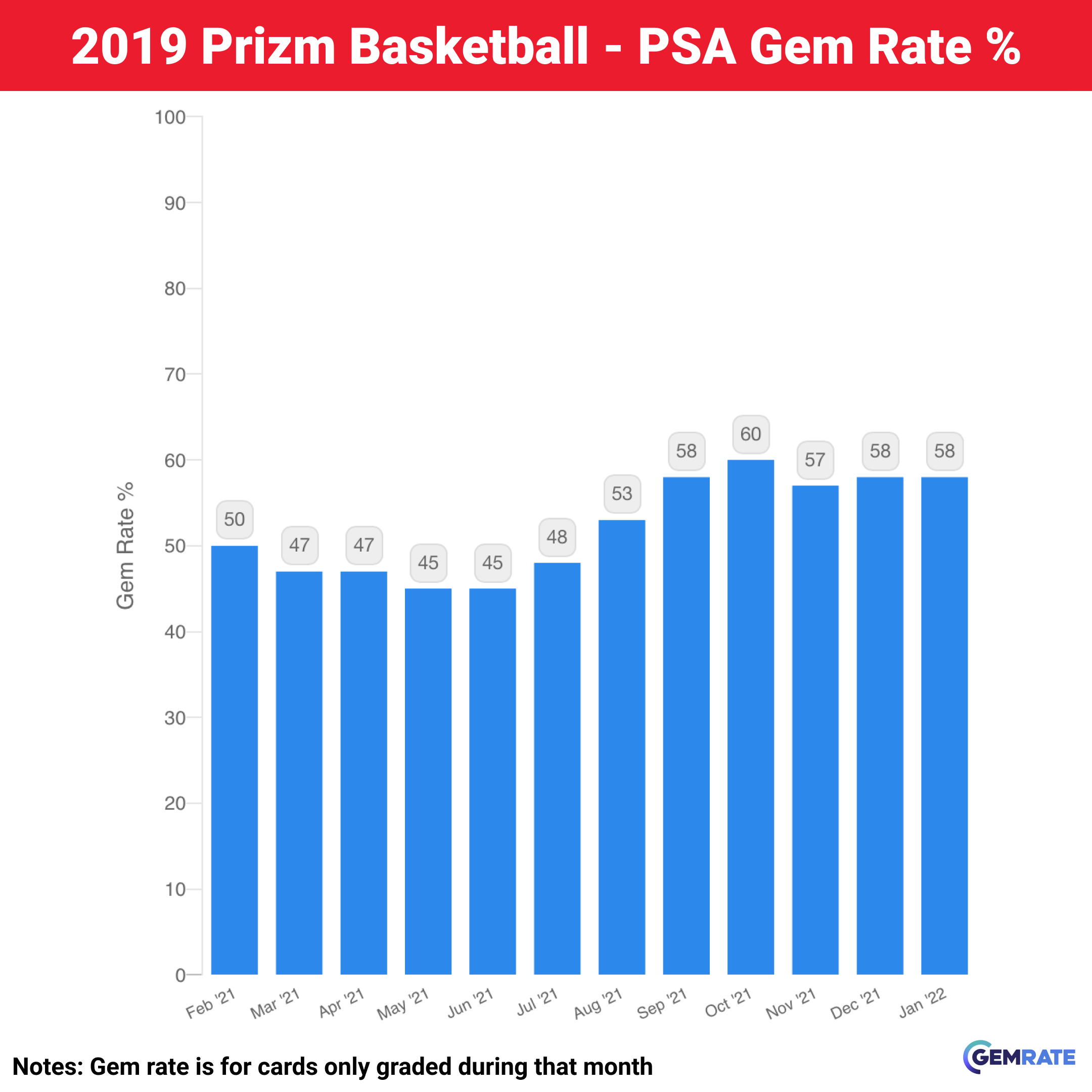 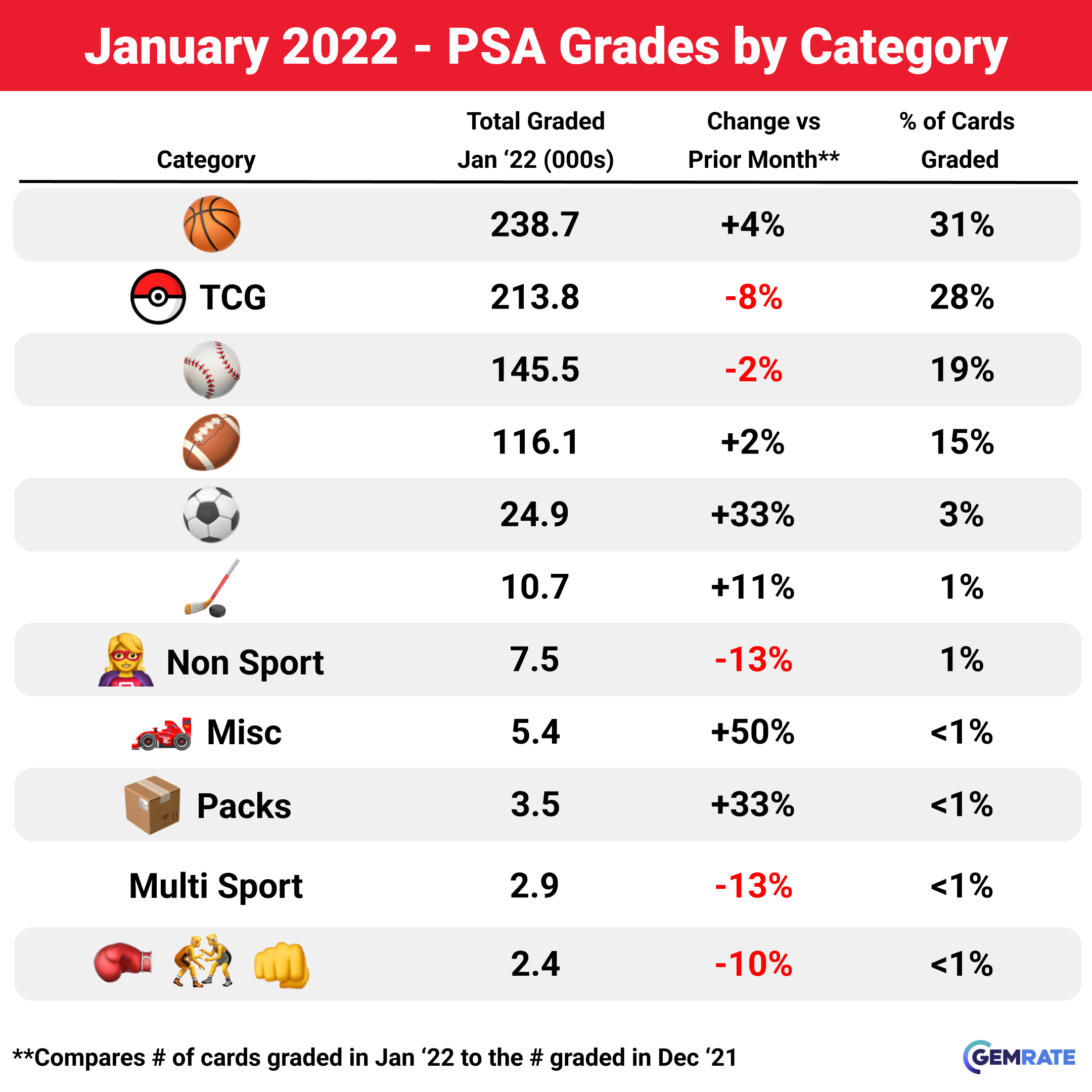 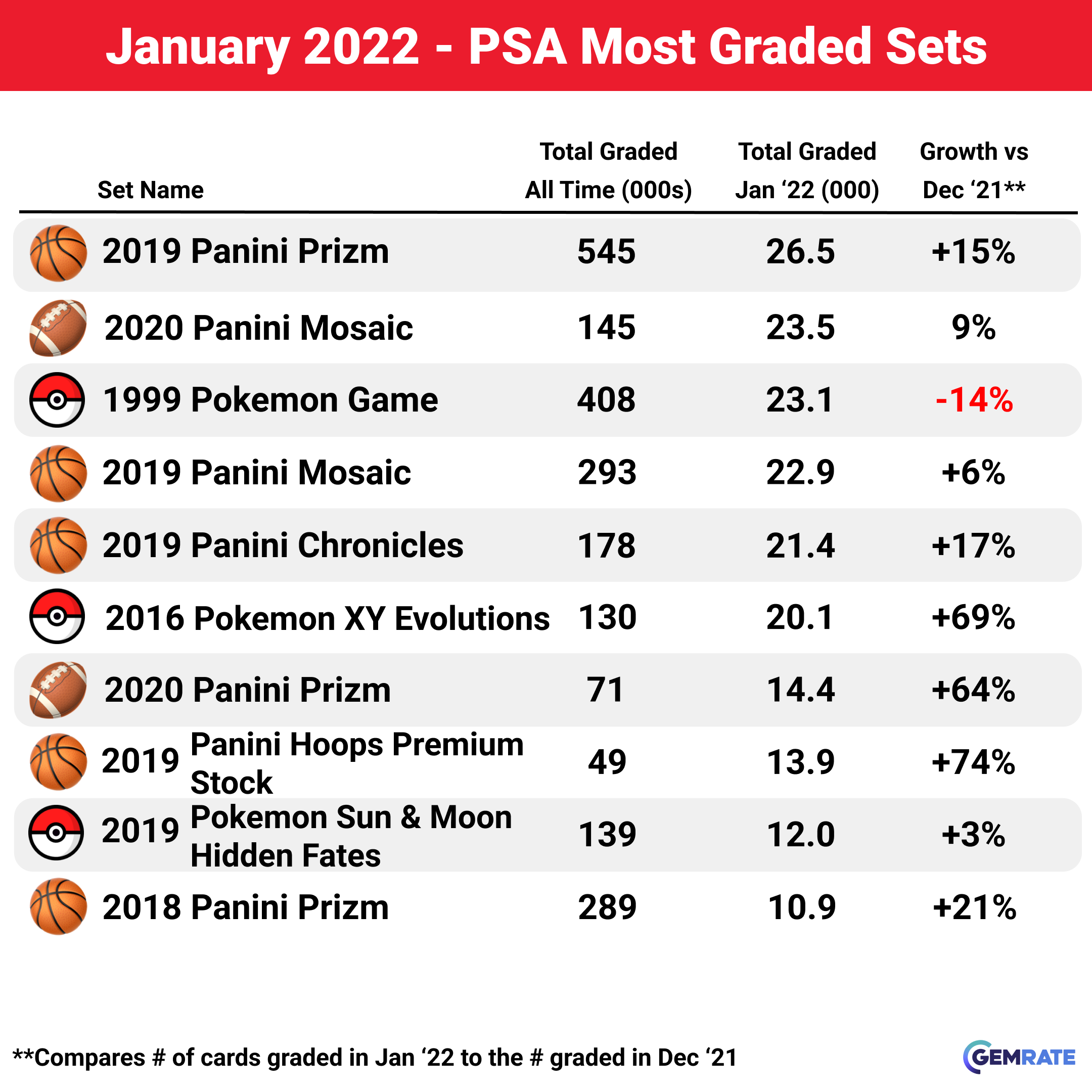 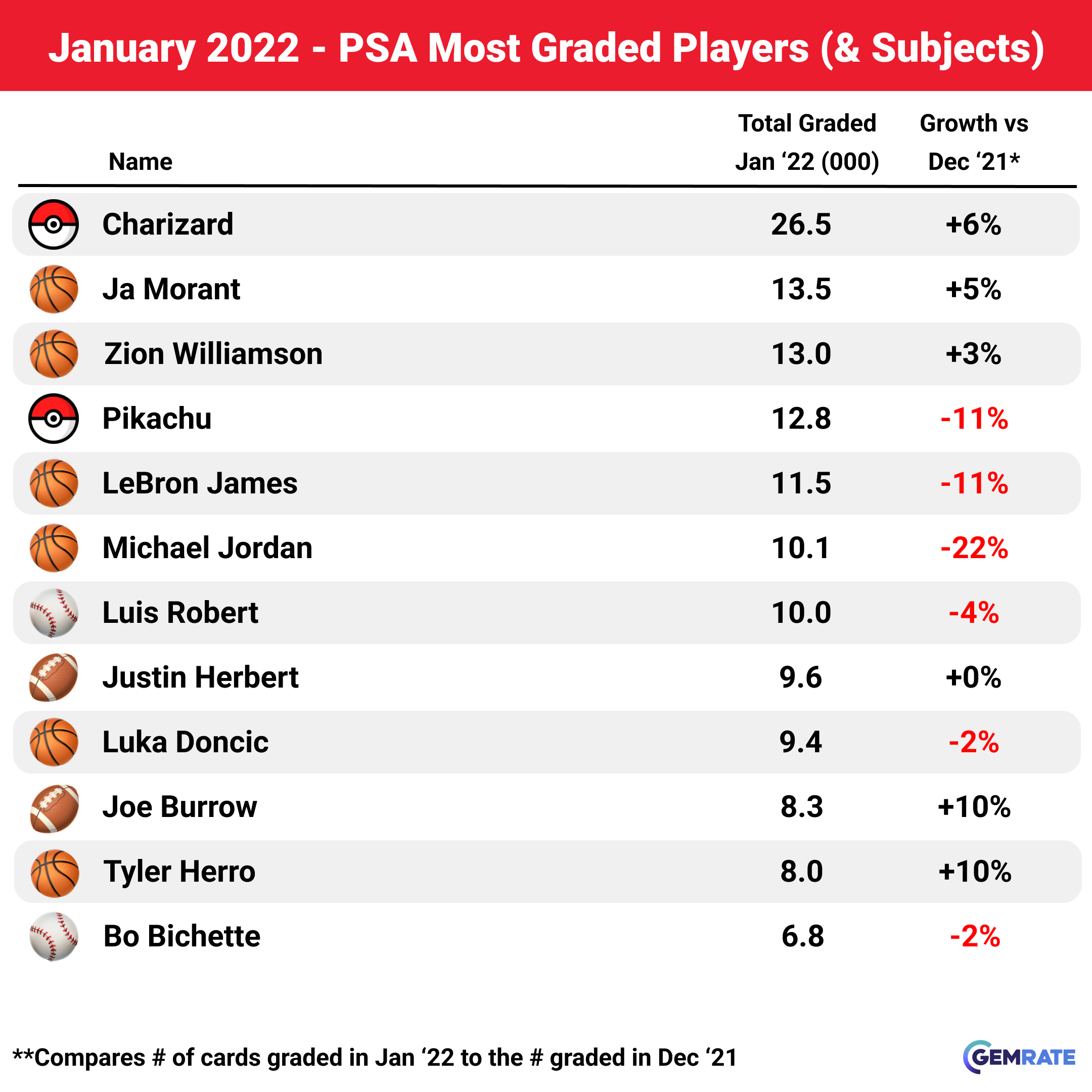 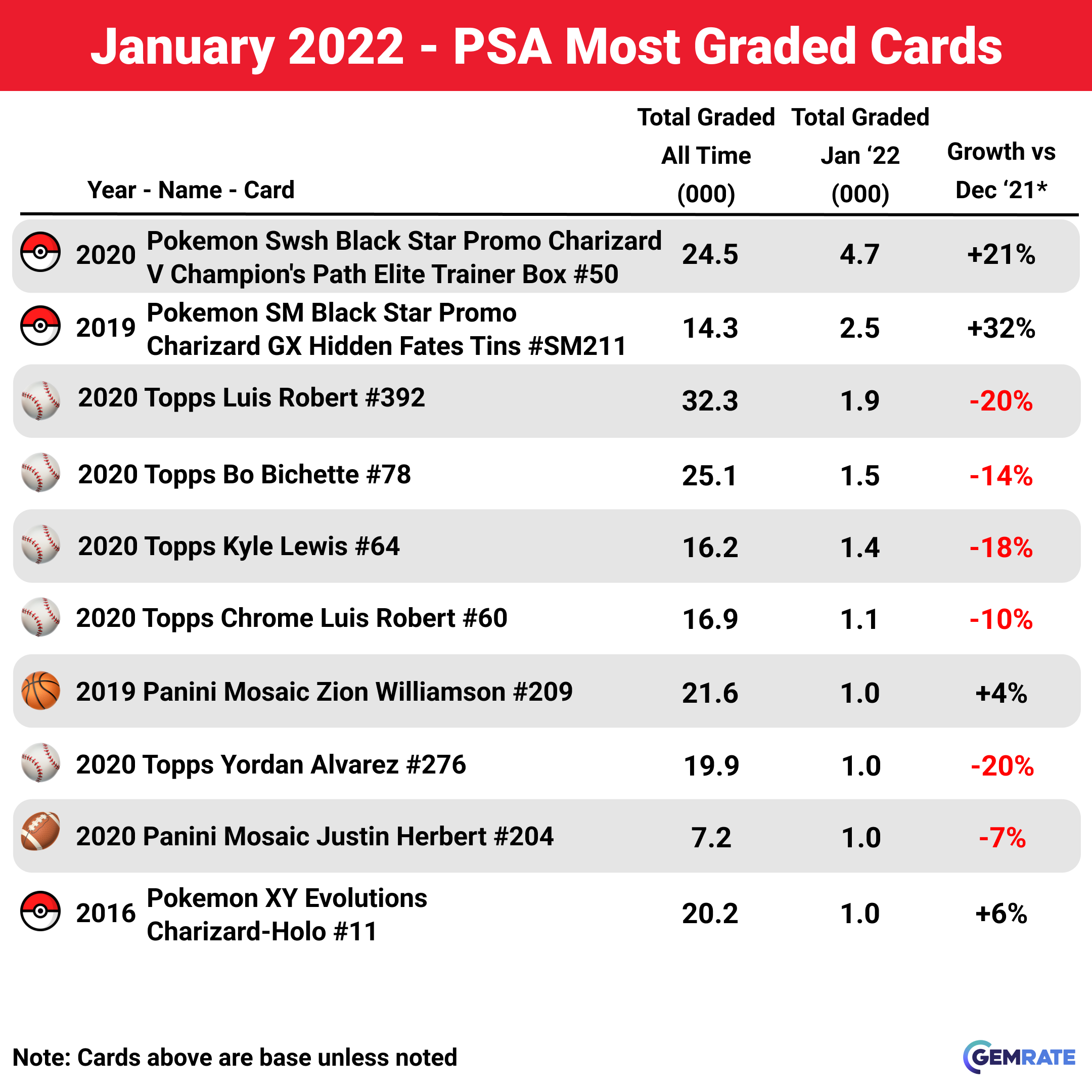 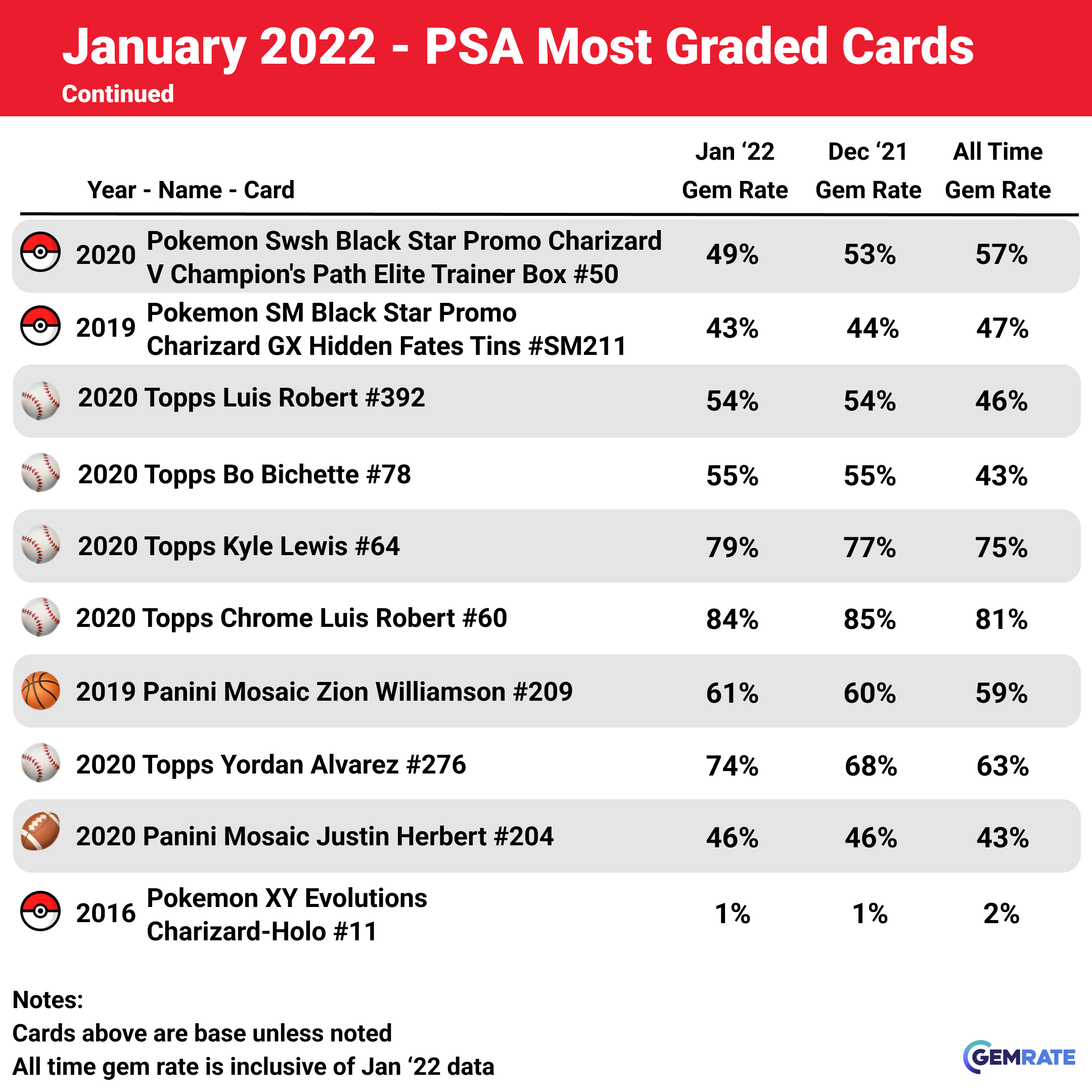