PSA output declined by 23% in October compared to September - with 640,085 items graded during the month 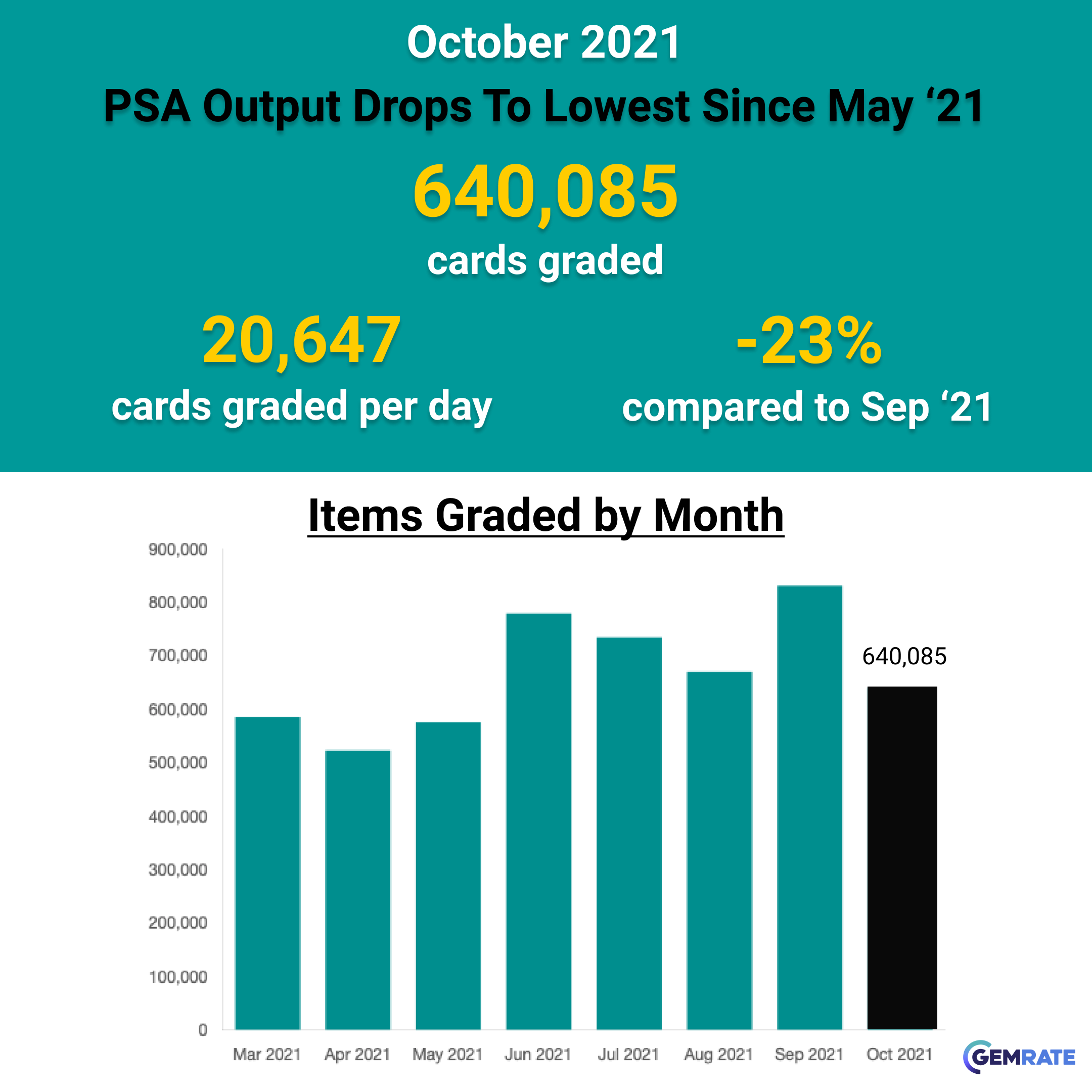 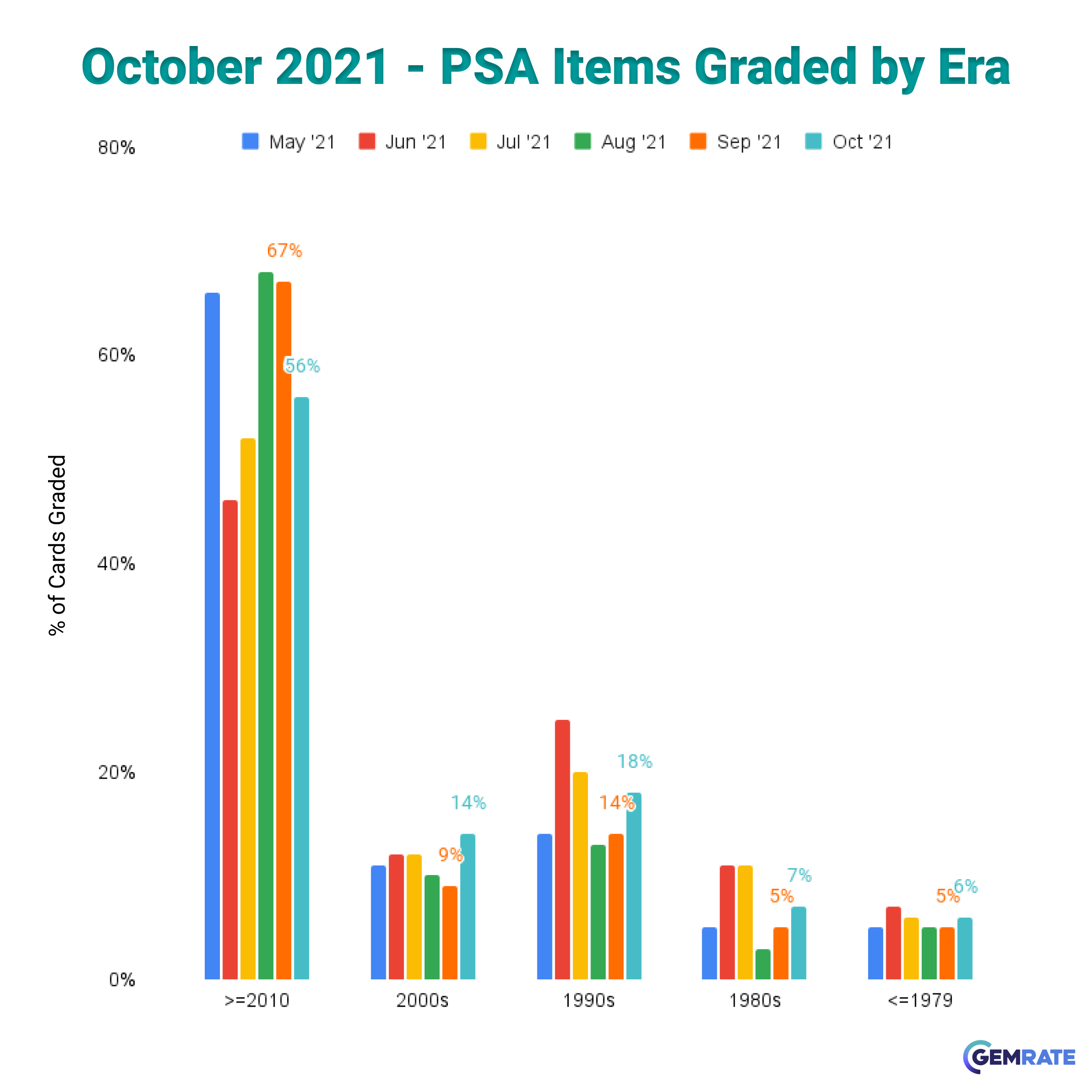 Gem rates remain favorable vs spring '21; overall gem rates drop due to the shift away from ultra-modern 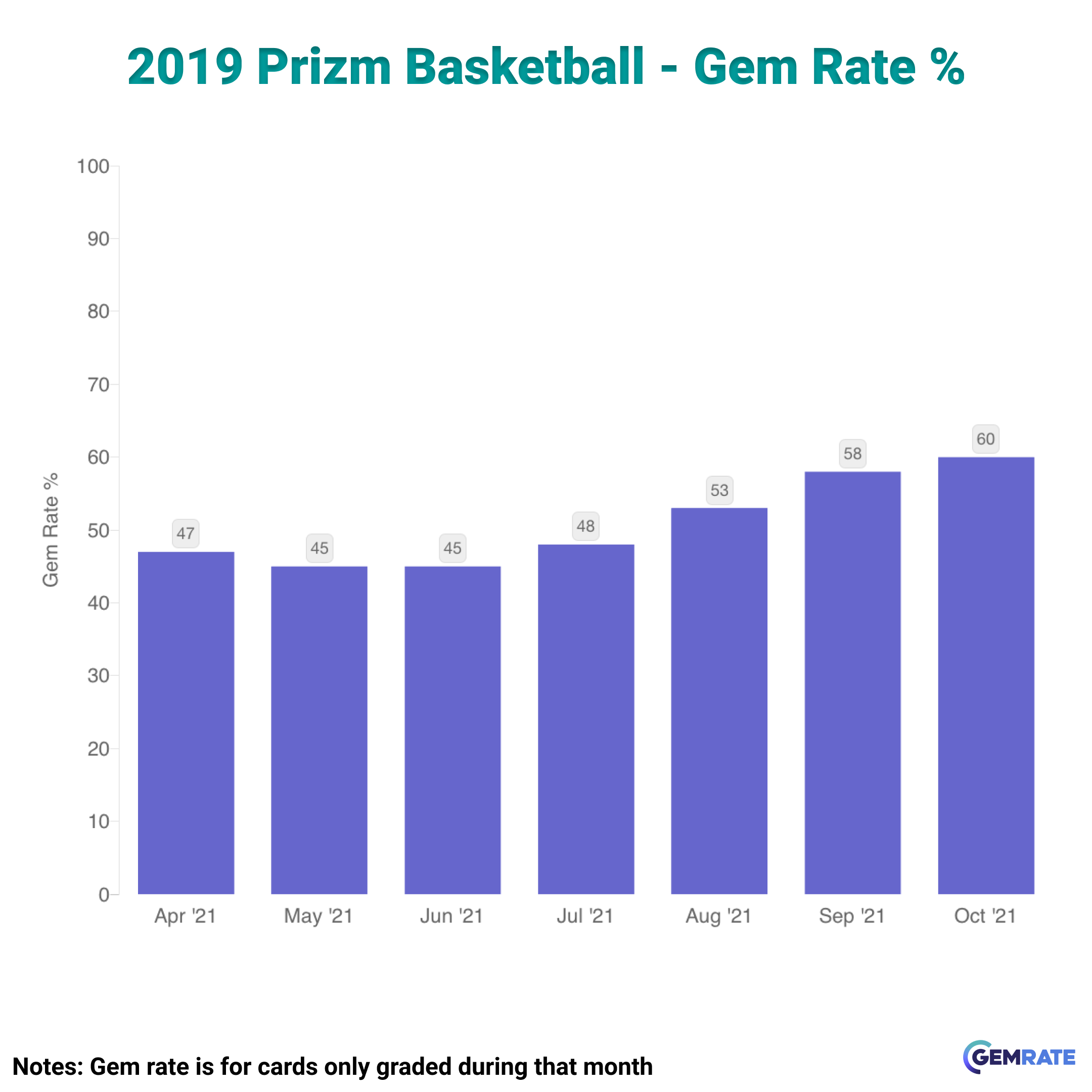 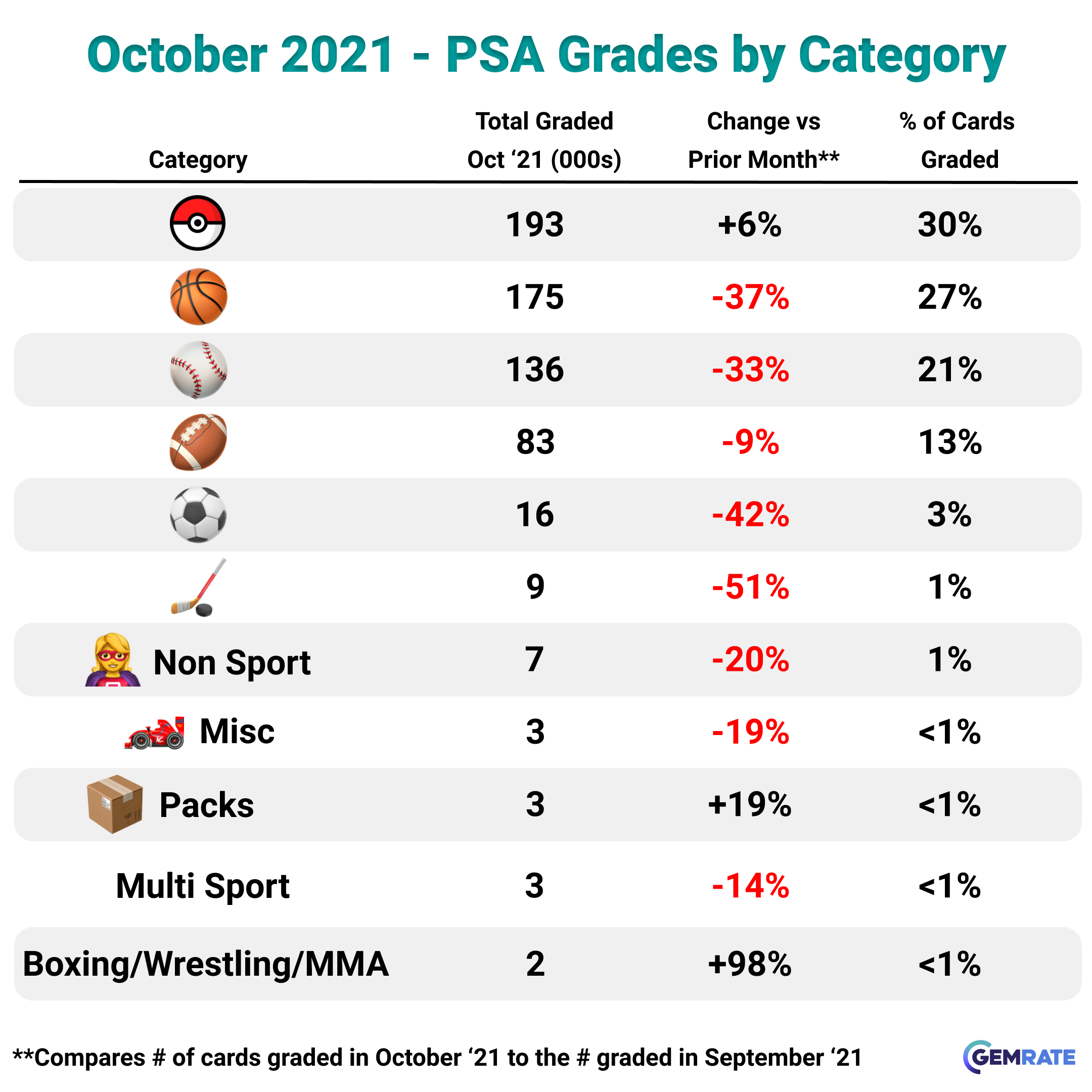 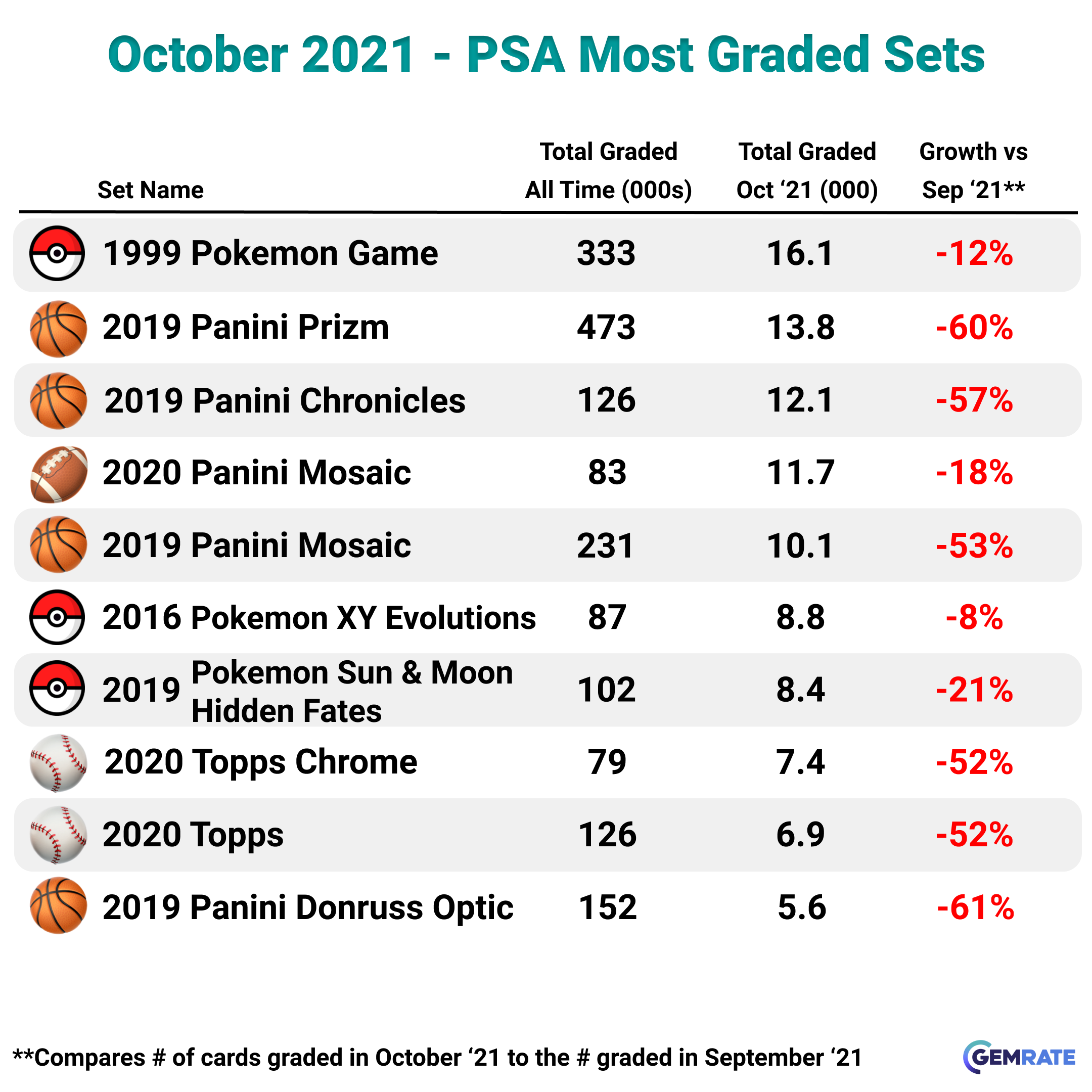 Jordan holds onto the top spot 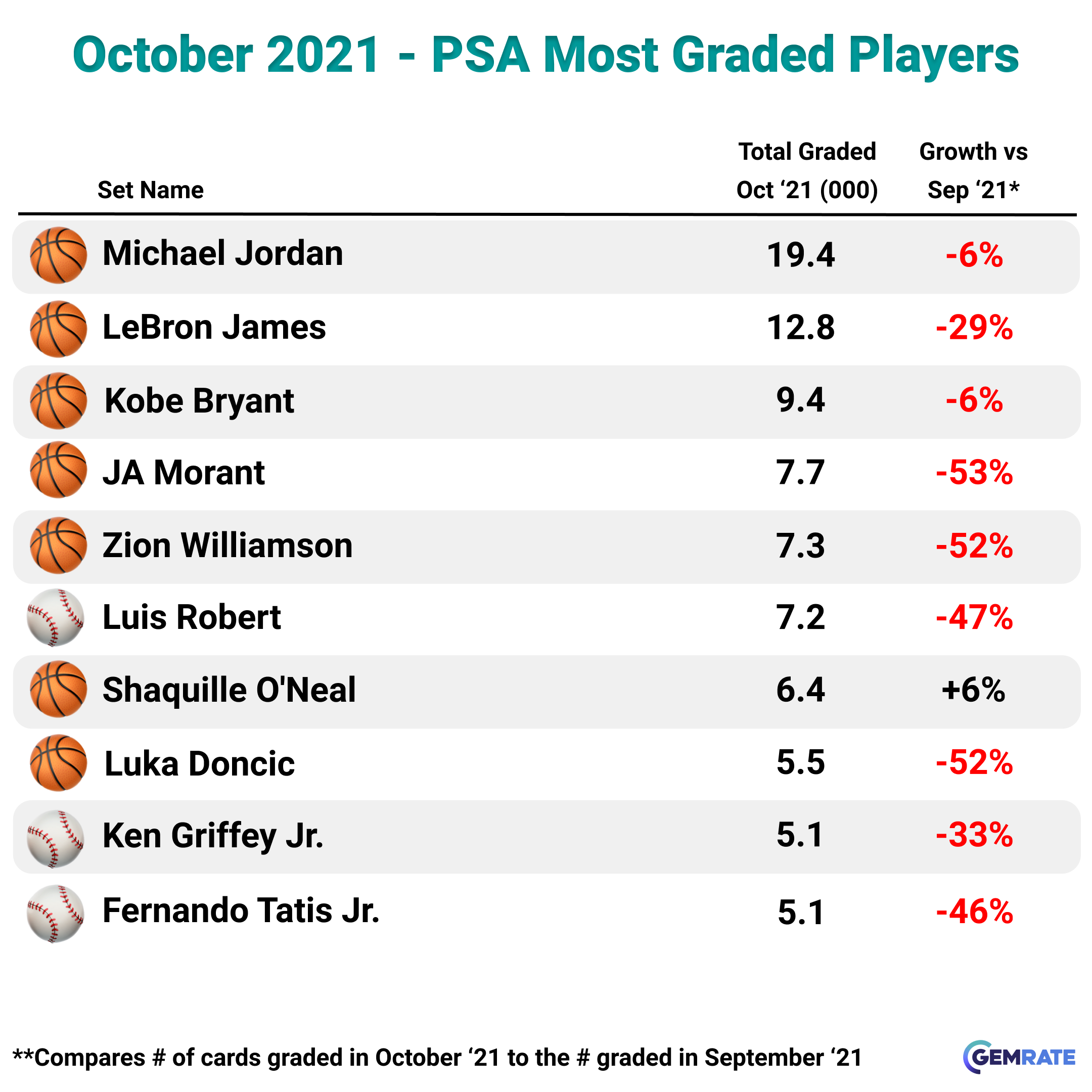 Pokemon surges and now makes up half the October leaderboard 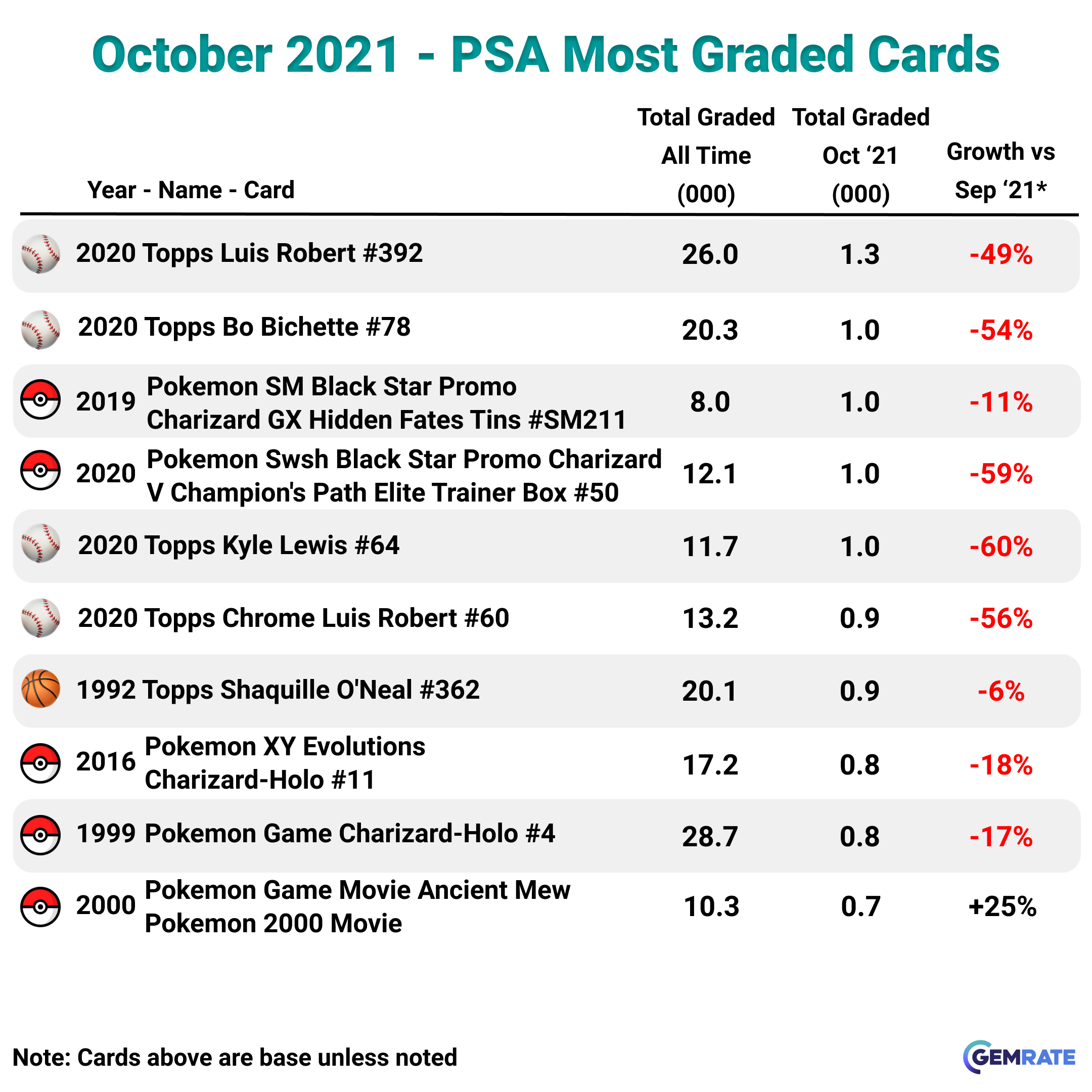 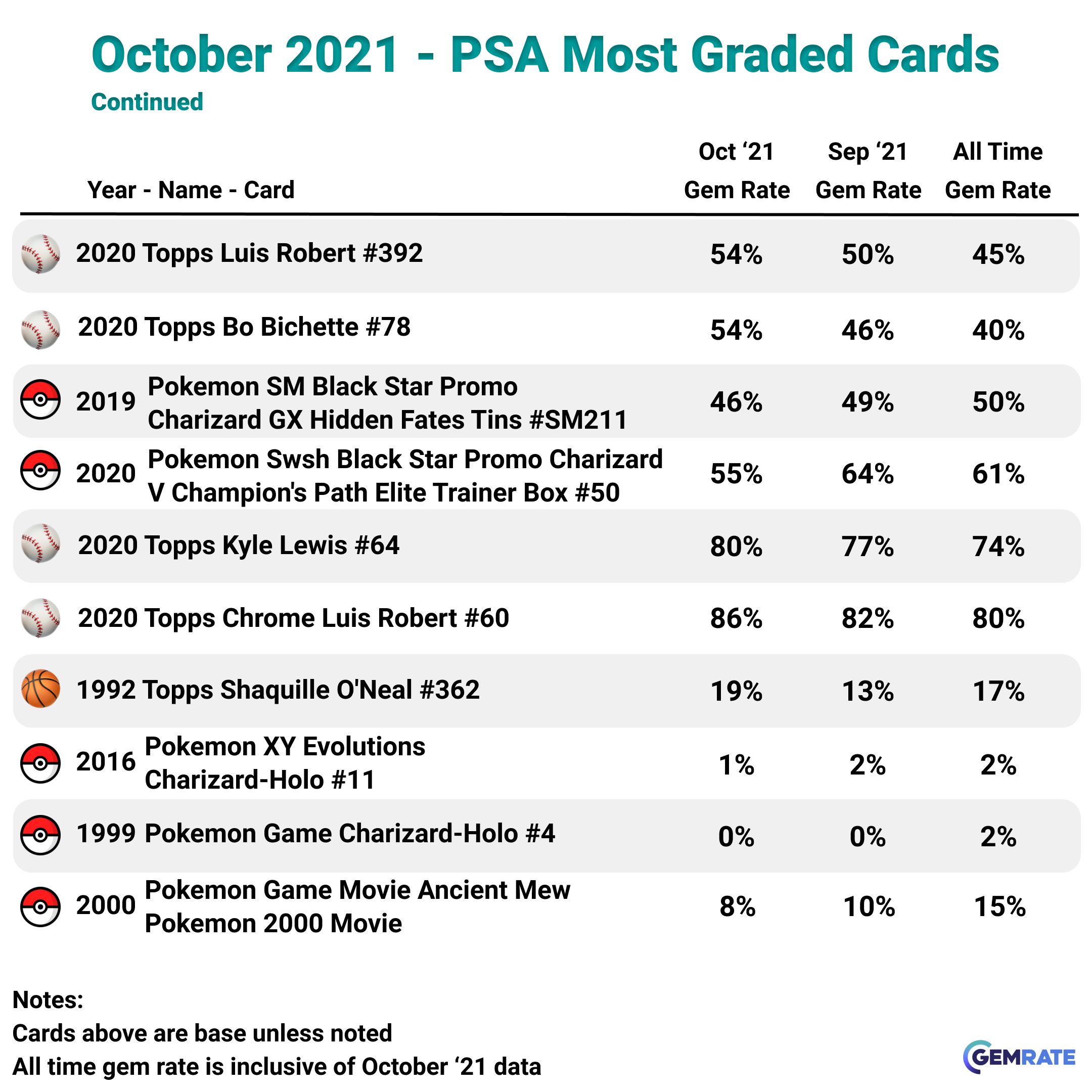 Was October a blip or is there more to it? Is this just a reset after a record push in September and a big push to close out the year? Is it any coincidence PSA very recently touted its capacity growth allowing it to process (not necessarily grade) 40,000+ cards per day? Does the higher mix of Pokemon cards somehow impact PSA's ability to process cards at a rapid pace? Does this impact the potential reopening of a service level before year end? (unlikely as the higher mix of TCG cards isn't a surprise to PSA)