PSA output increased by 24% in September compared to August - with 830,883 items graded during the month 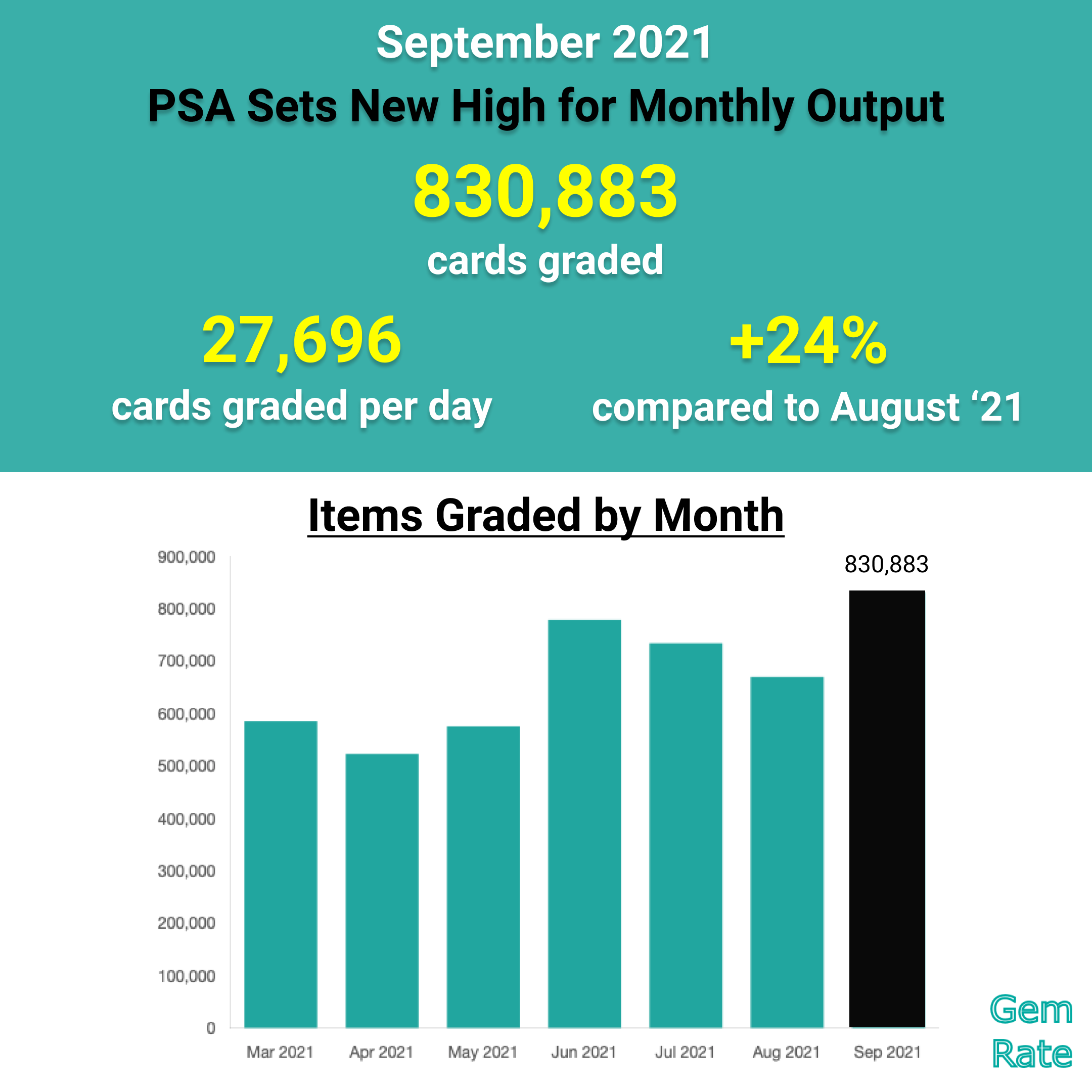 Gem rates continue to improve across the board* 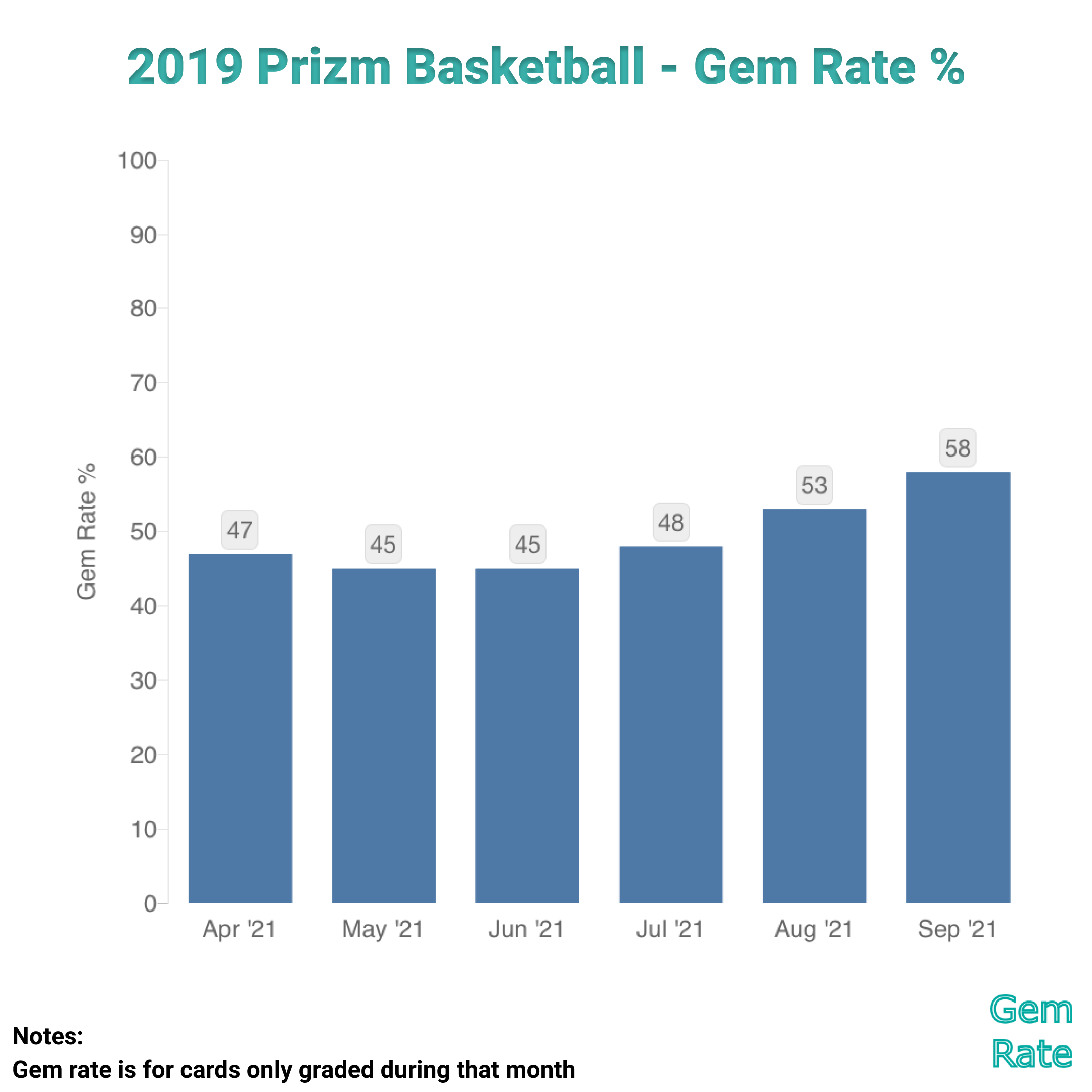 *Note: GemRate tracked over 97% of all items graded during September. Items from packs, non sport, and tickets make up the missing 3% and were added to GemRate in September to be tracked going forward.

The mix of eras graded in September was very similar to August; more than two-thirds of all cards graded continue to be from 2010 and later. 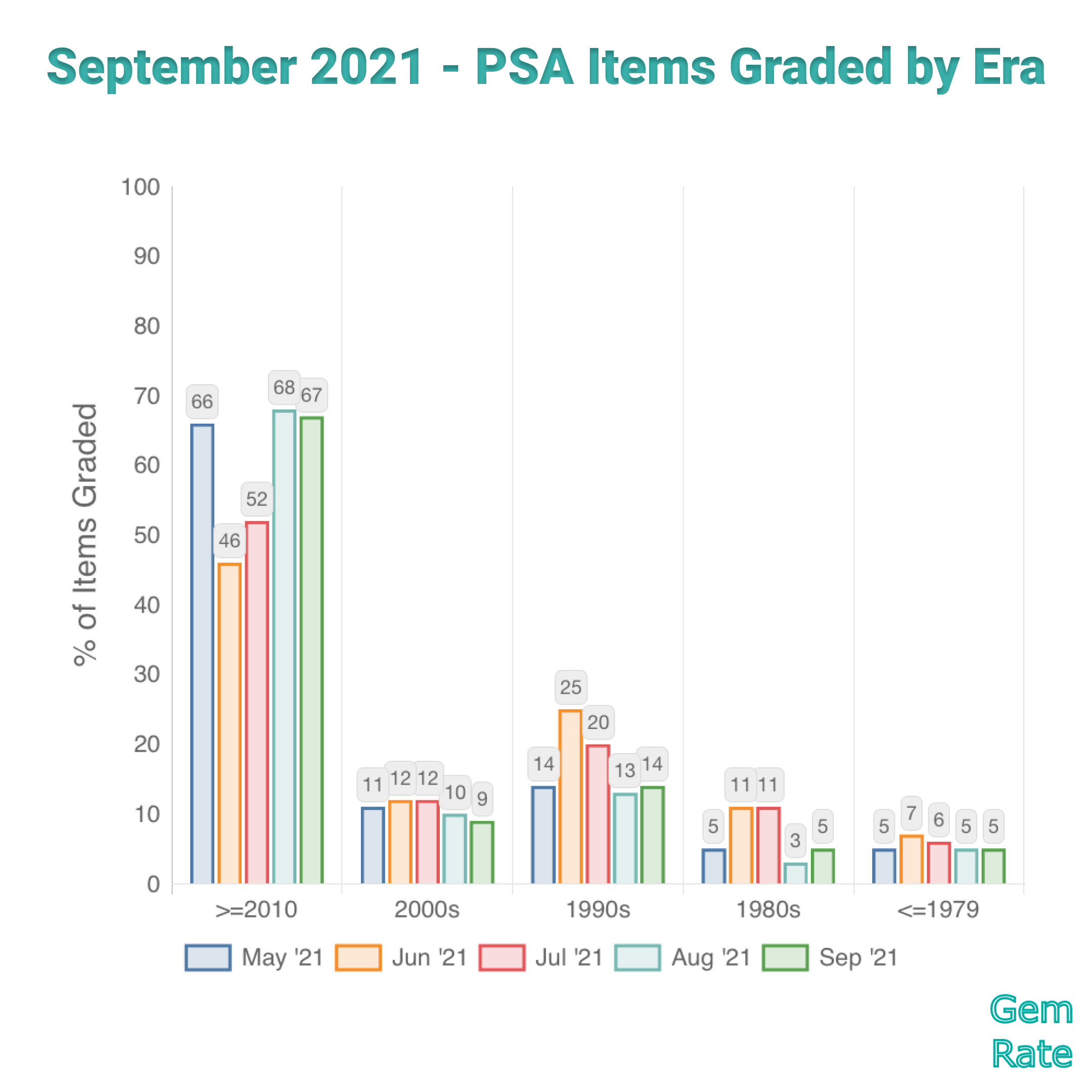 Baseball and TCG had the largest incremental growth in activity during September; hockey also surged 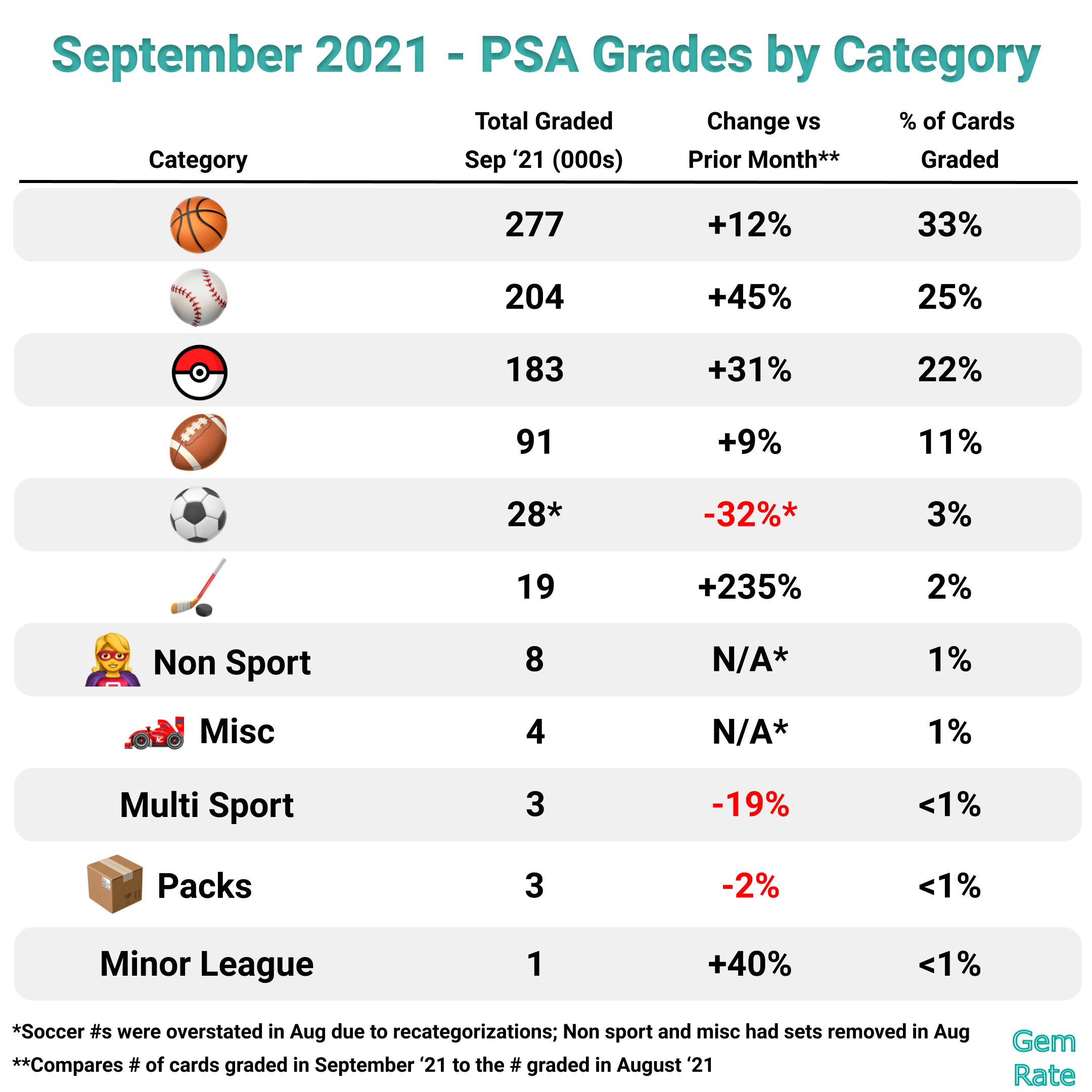 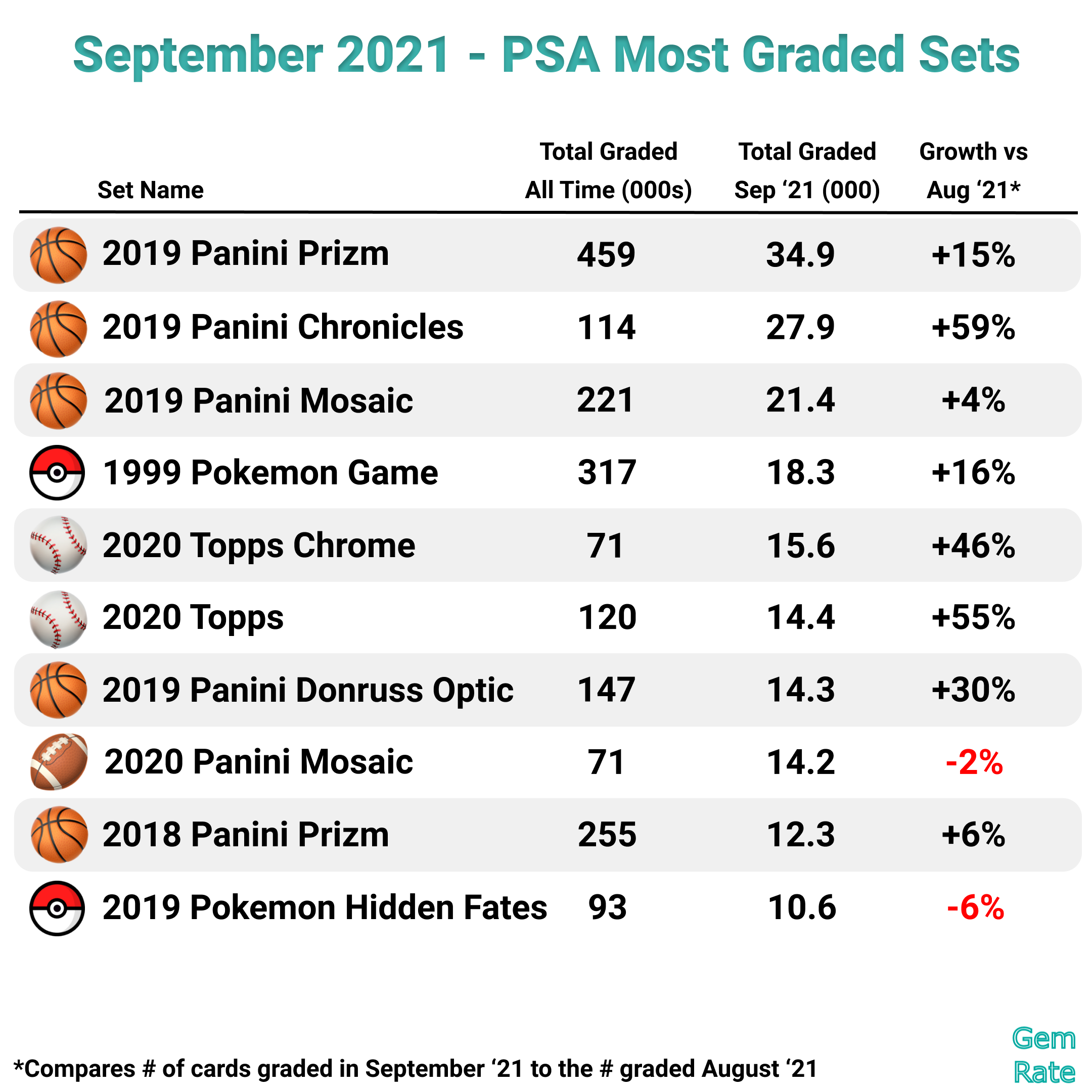 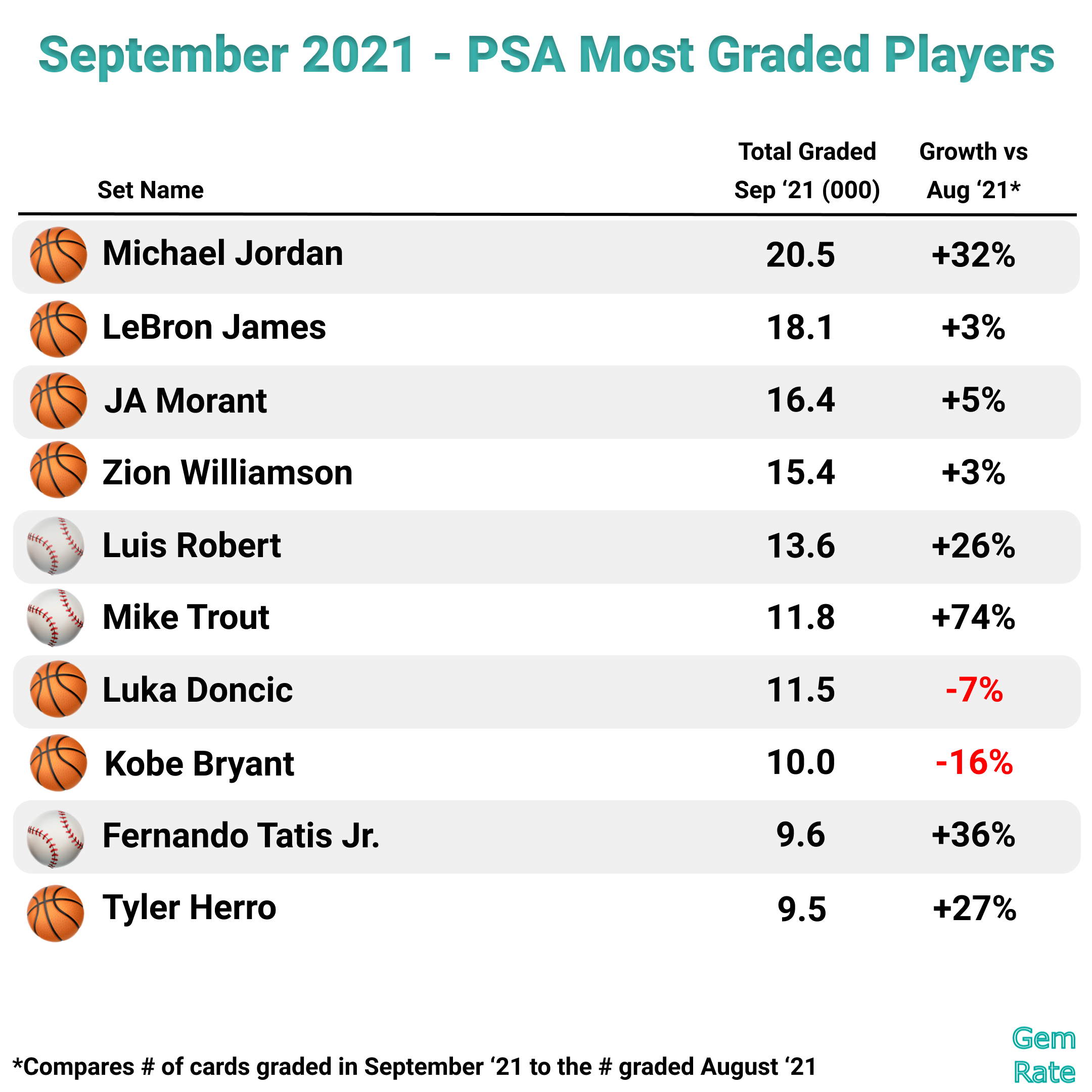 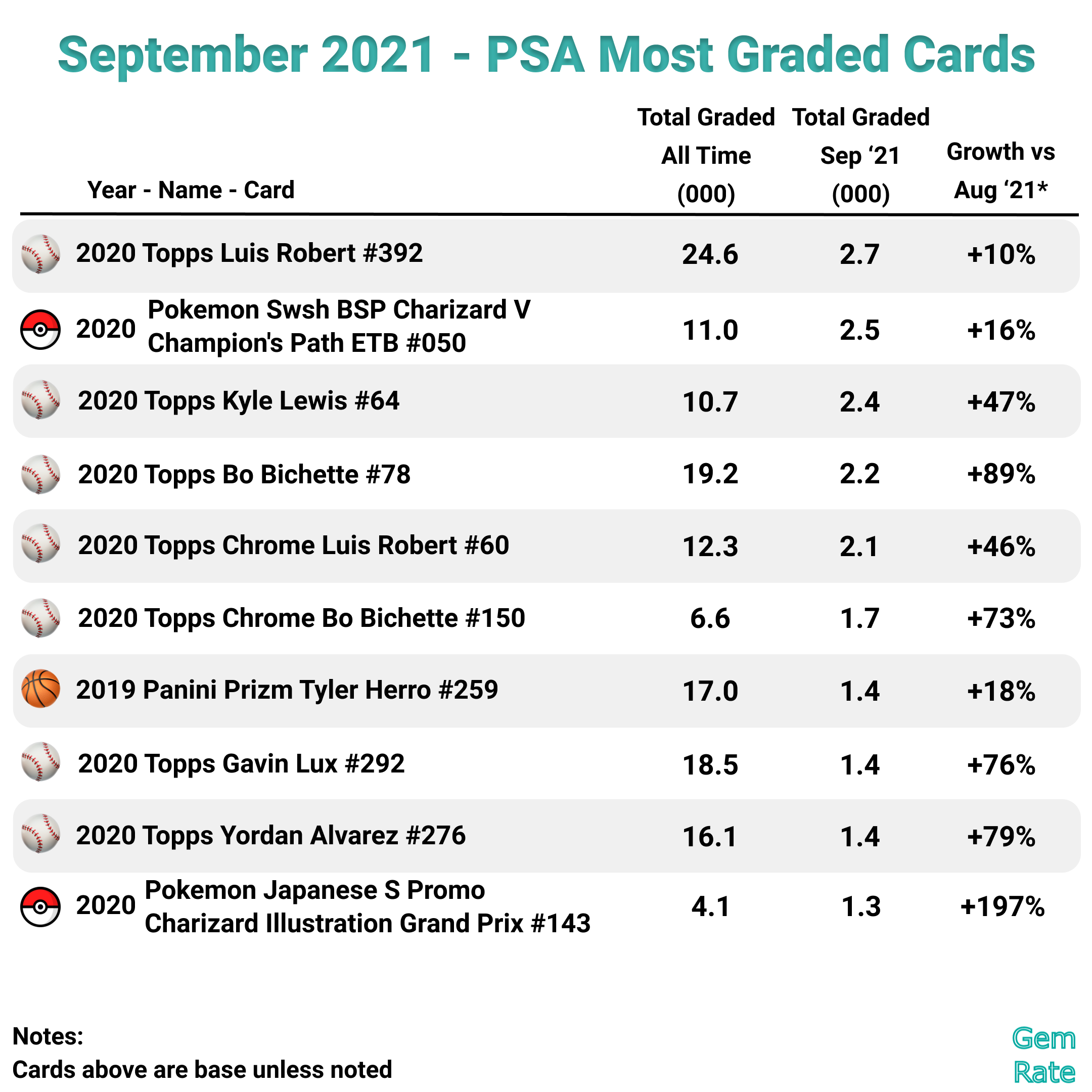 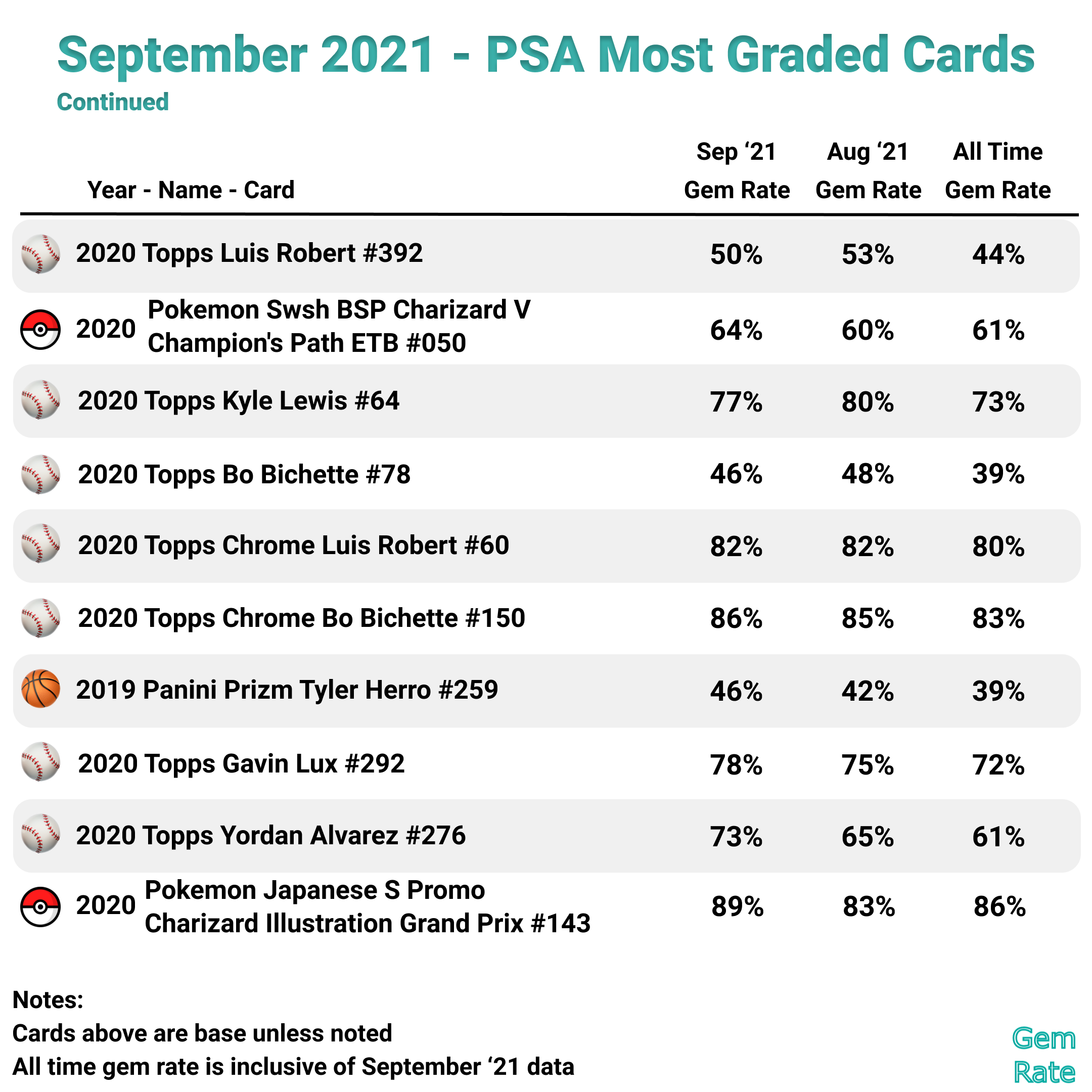 Keep an eye out for a deep dive on the improving gem rates due to release next week.