Welcome to the second update from GemRate on the current PSA grading situation. May’s recap is available here.

PSA's output increased meaningfully in June, up 28% per day on average, with over 736,000 items graded. 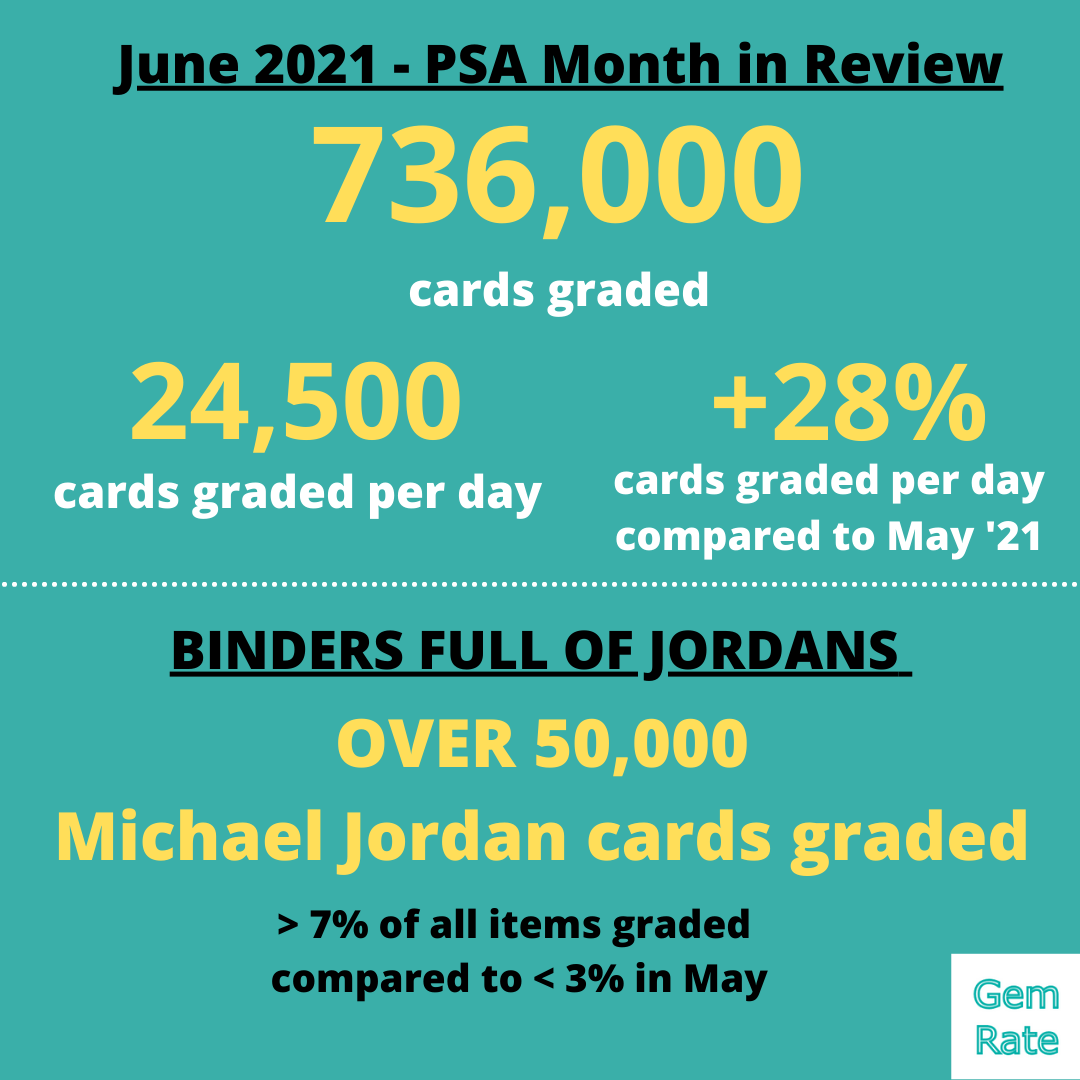 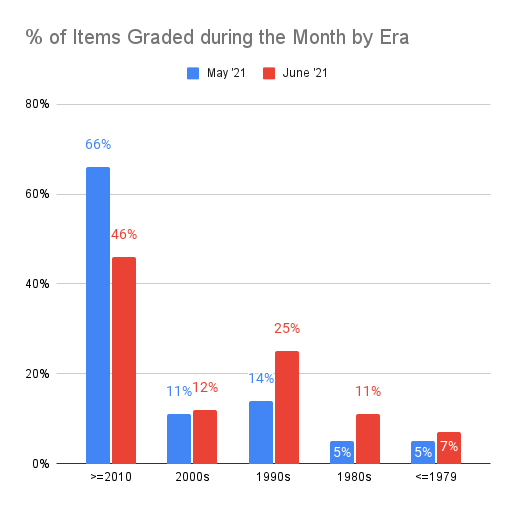 Over 50,000 Michael Jordan cards were graded during June. 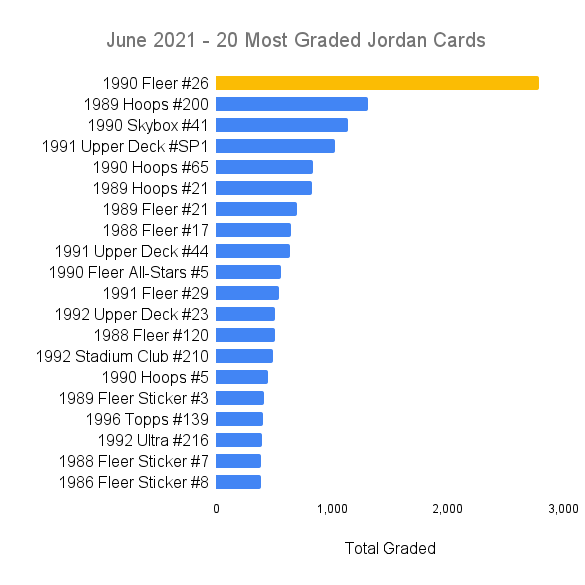 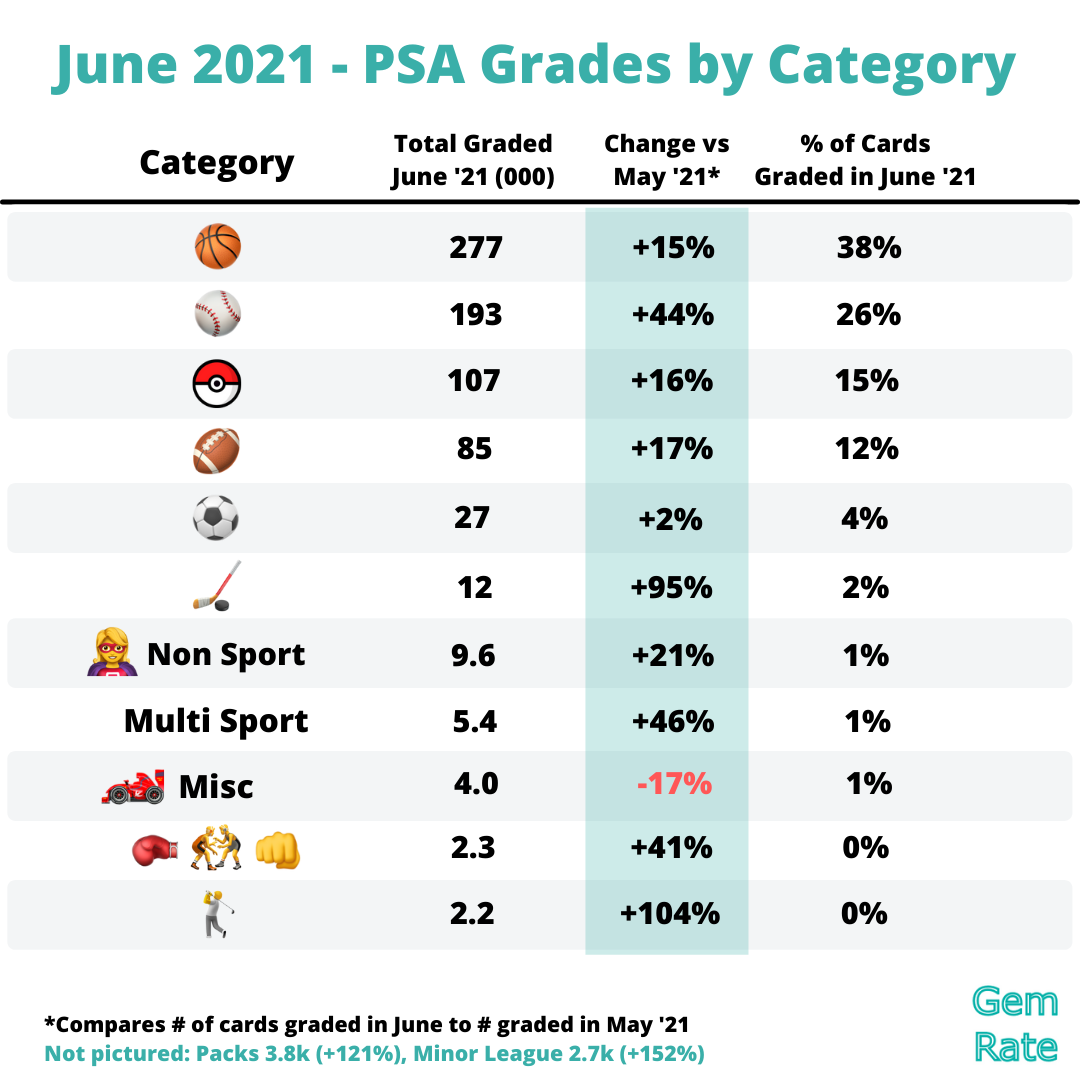 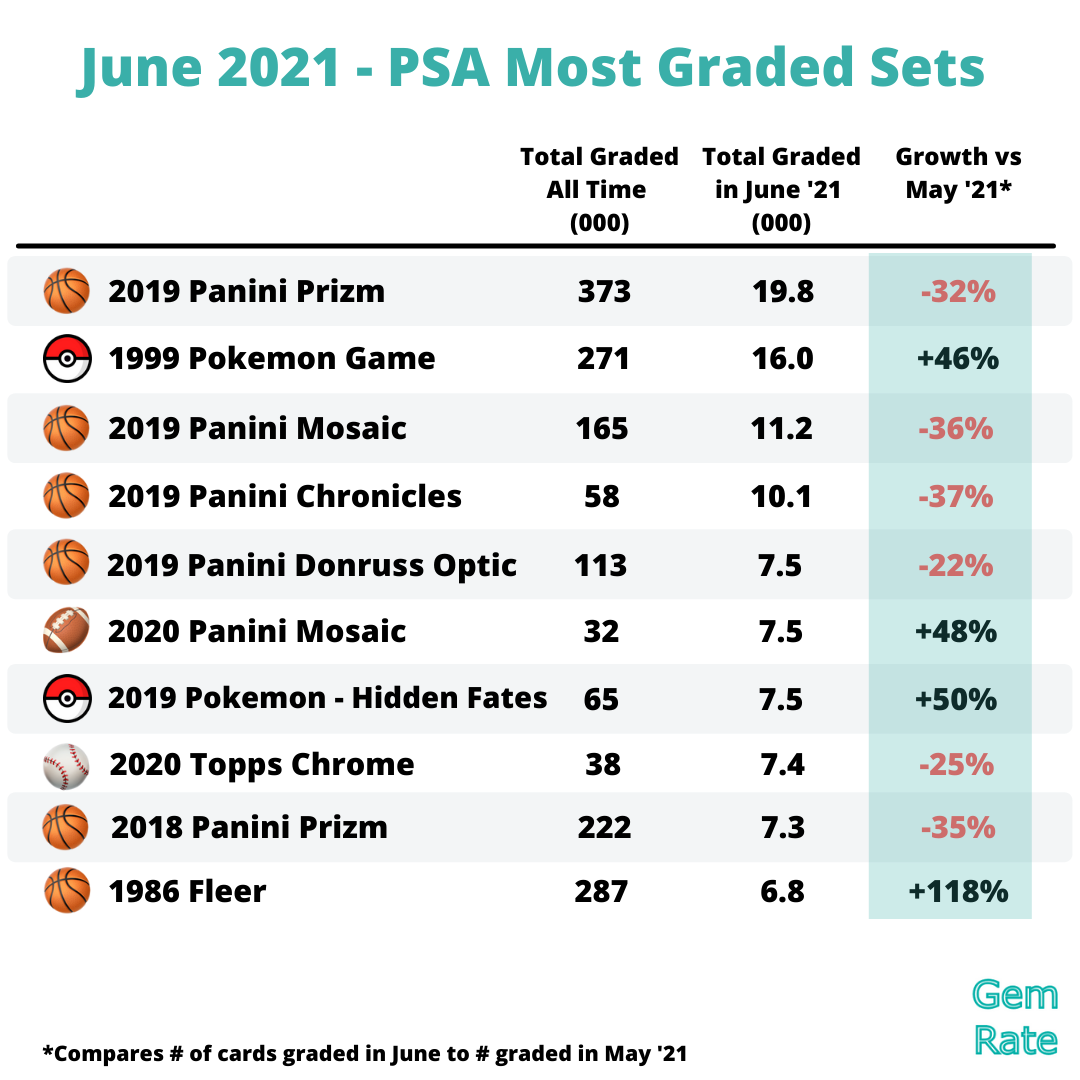 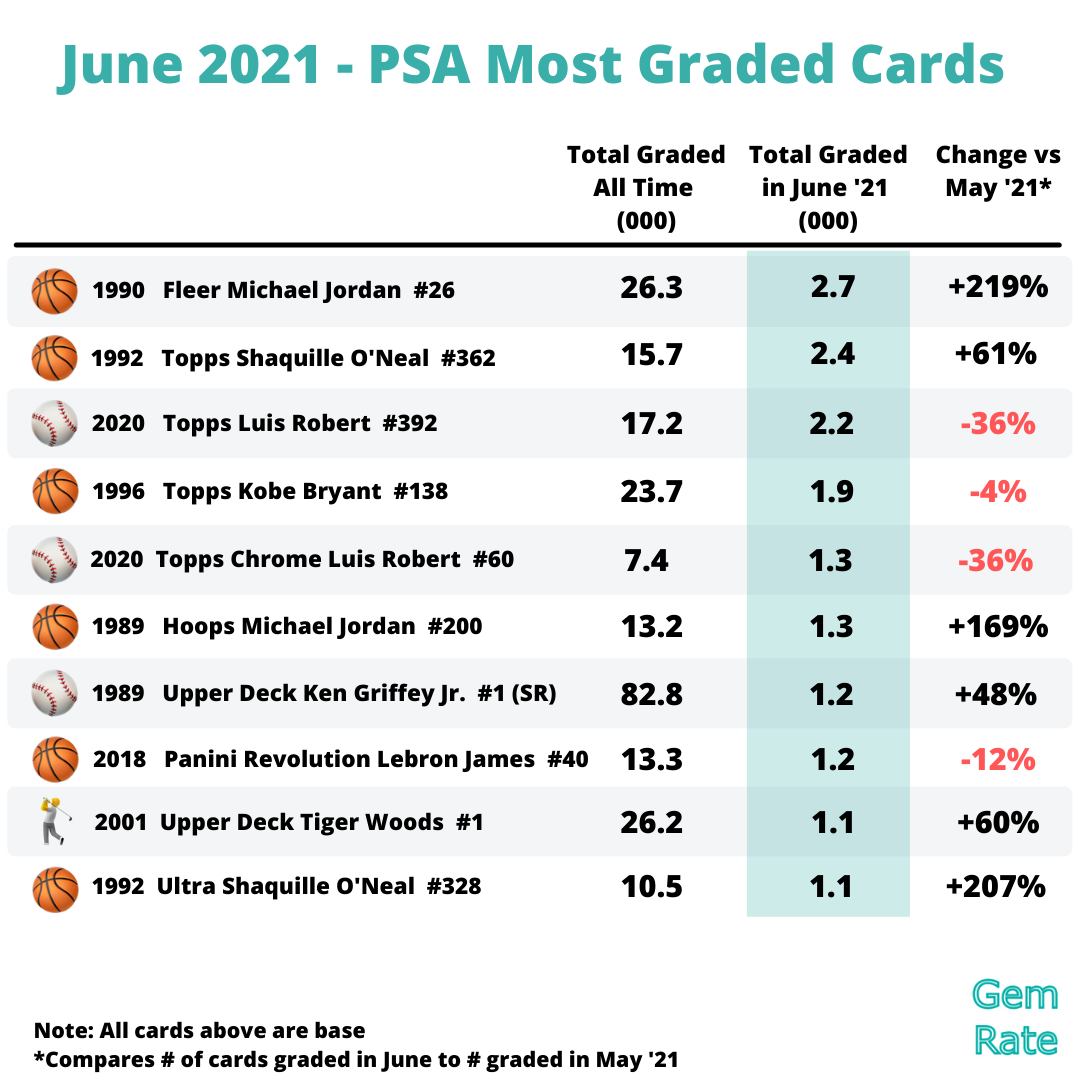 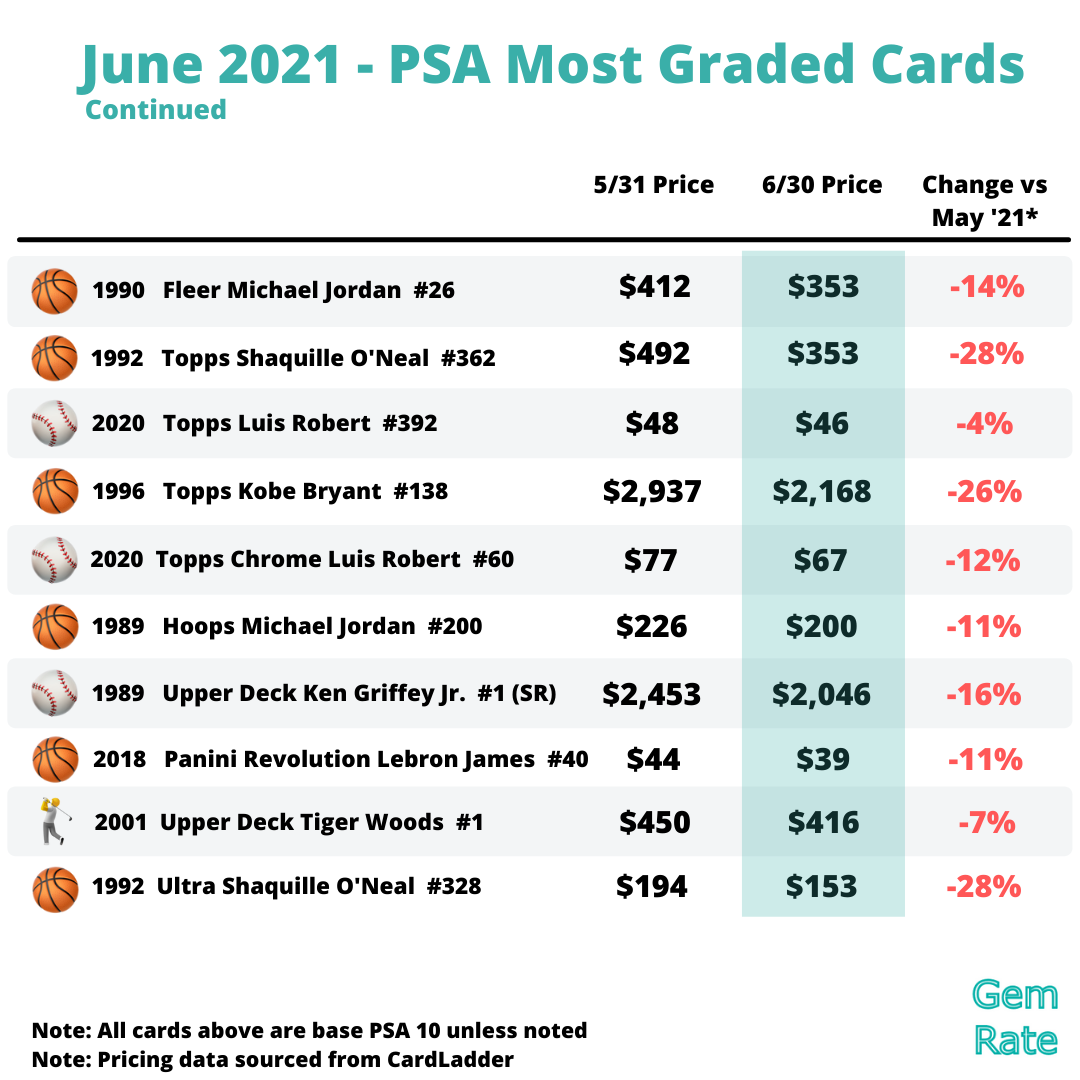 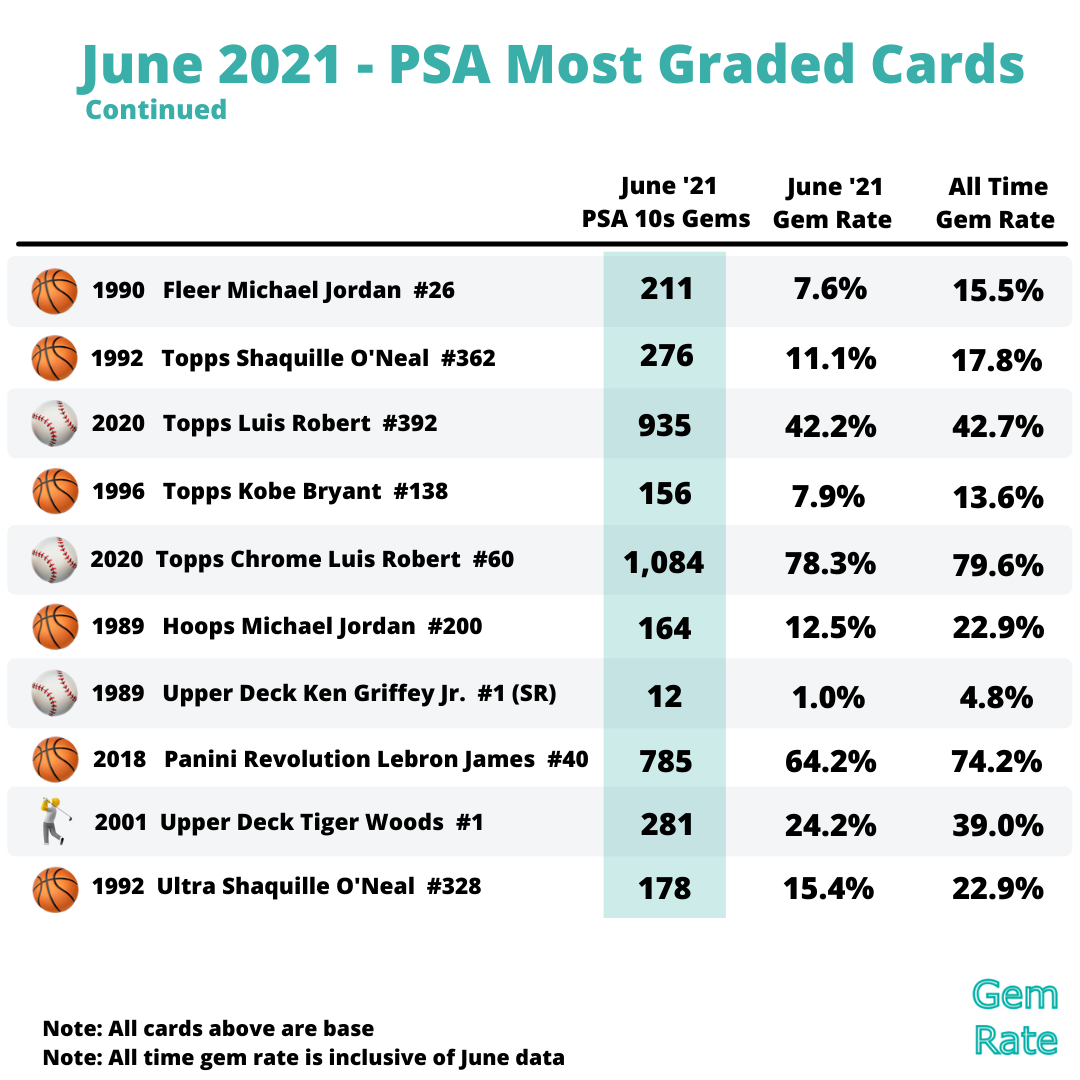 It’s very clear PSA is grading considerably more of the value submissions and this will continue as those tiers make up the bulk of the backlog. Expect to see similar trends in July with a further increase in bulk football emerging.