Welcome to the August 2021 PSA grading recap from GemRate. For reference, here are the July, June, and May recaps. For regular updates on grading activity, please check out the newly launched dashboard that updates daily with recent trends.

PSA output in August declined an average of 9% per day - with 669,000 items graded in total 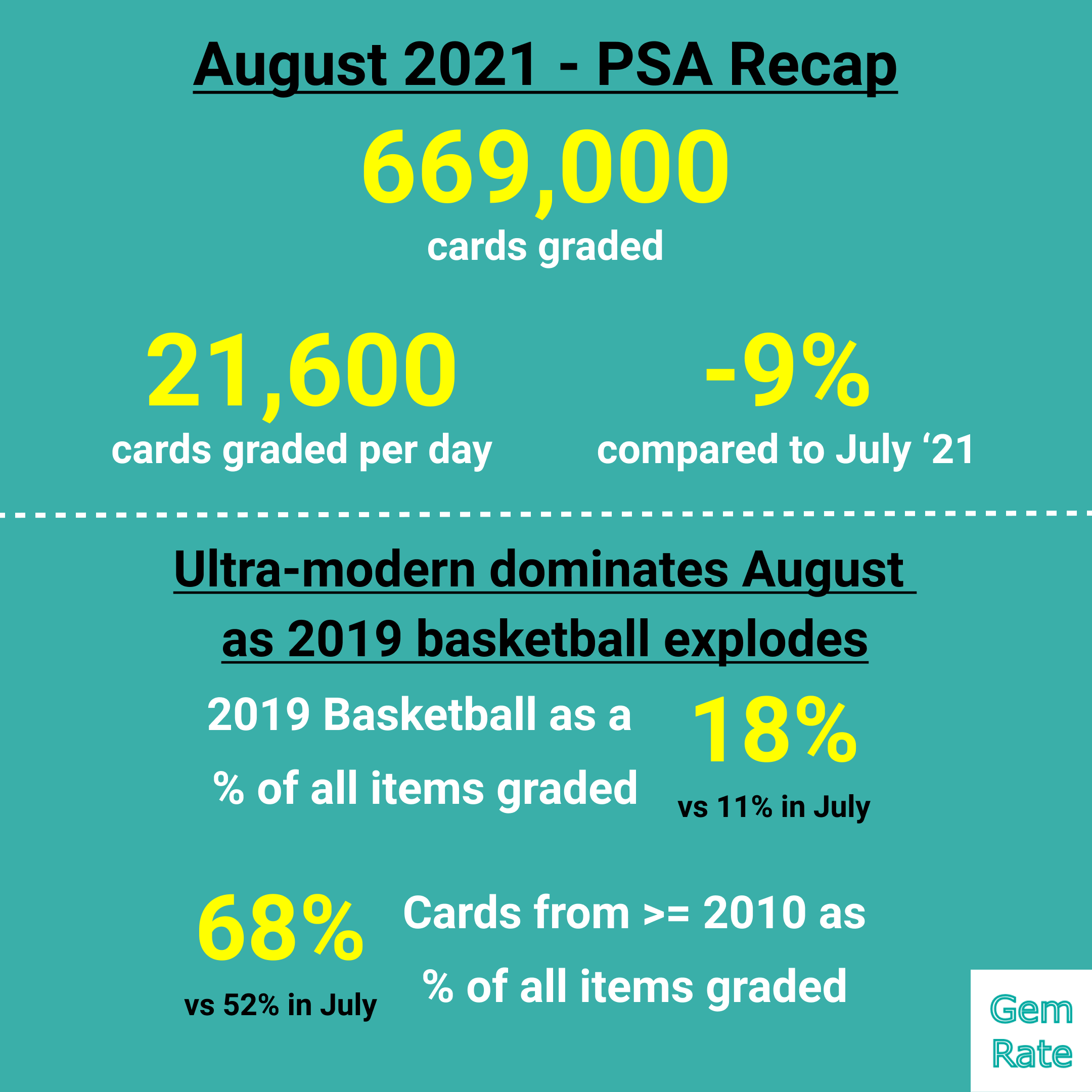 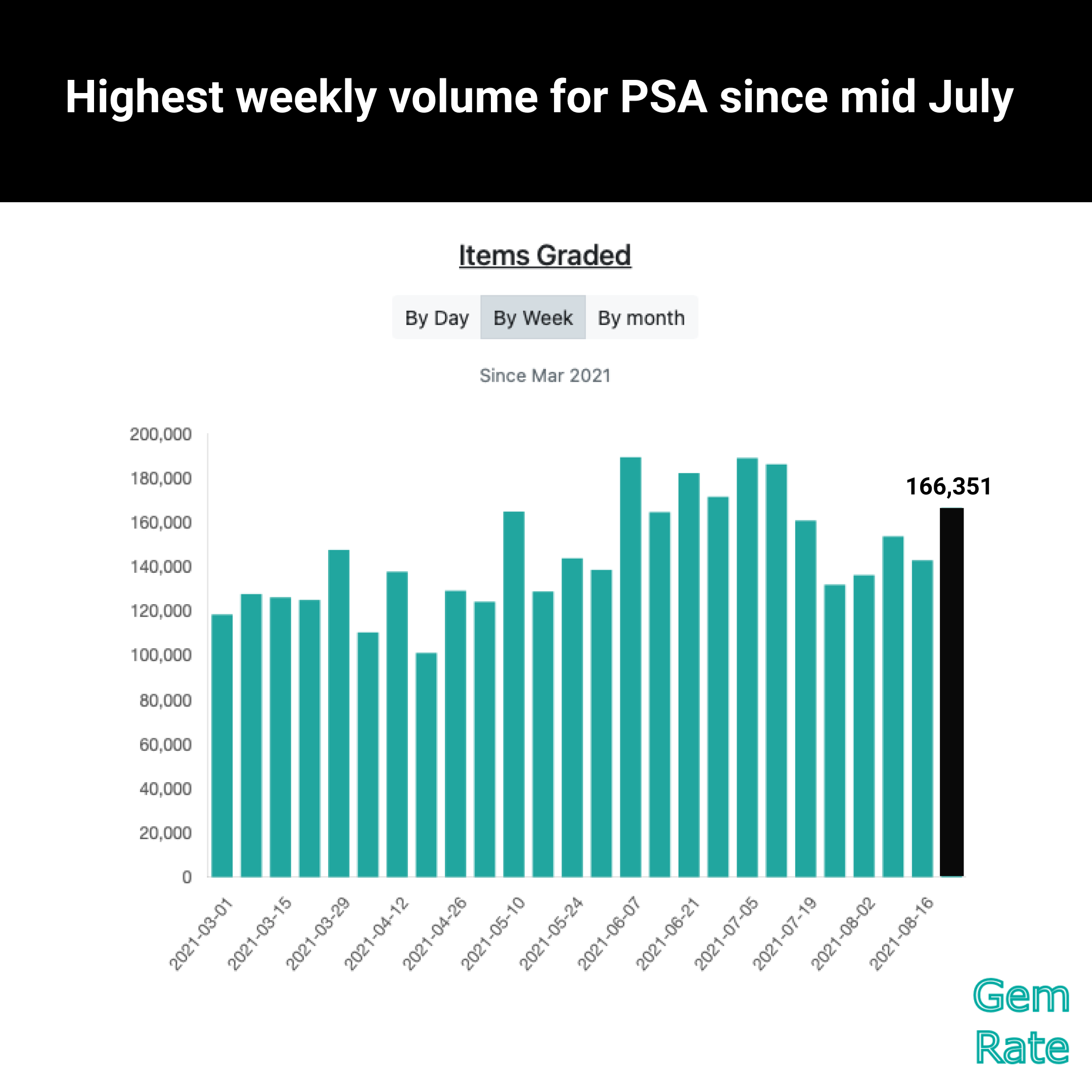 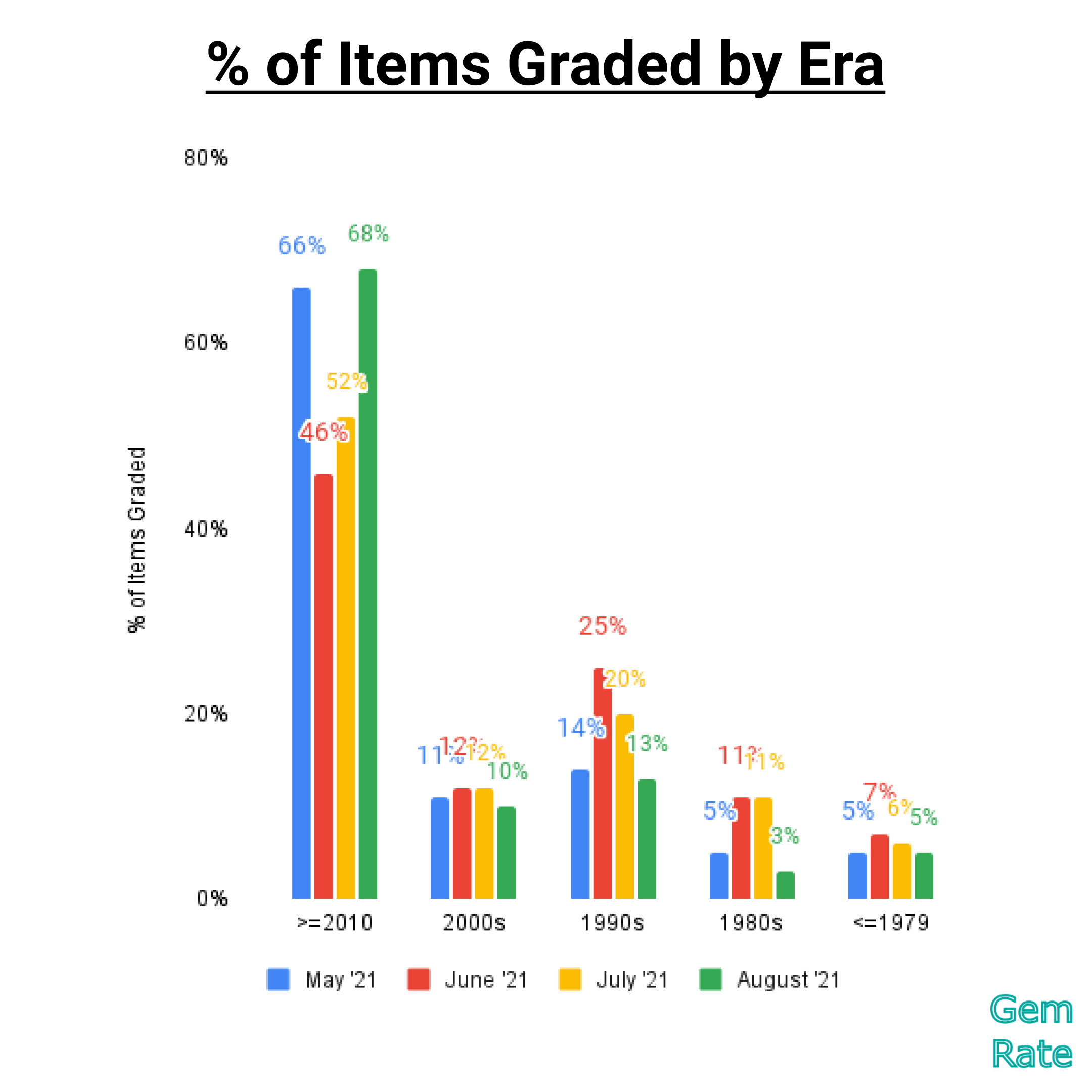 Basketball activity declines slightly despite the big shift back to ultra-modern; baseball sees a big drop in activity; TCG keeps moving up the ranks 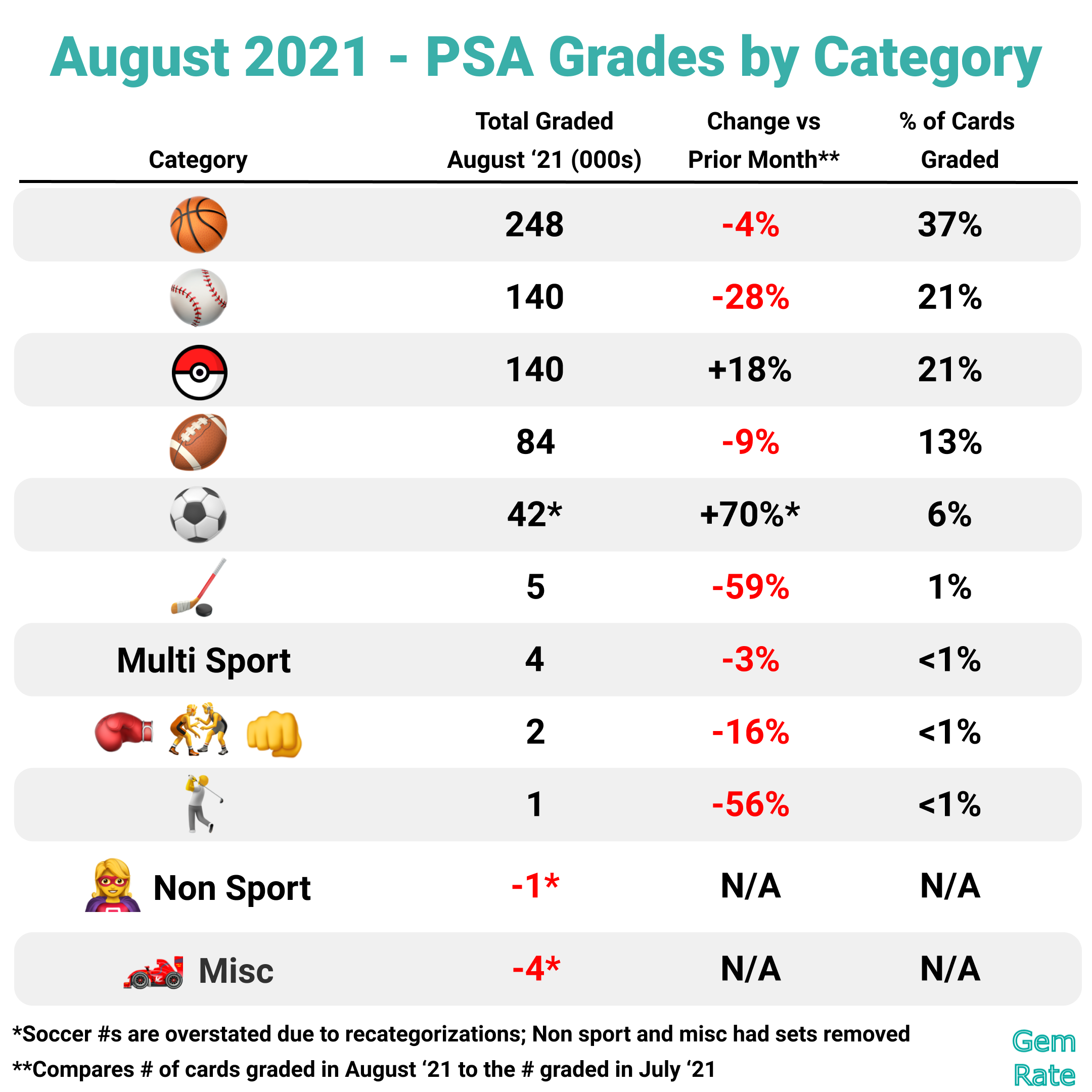 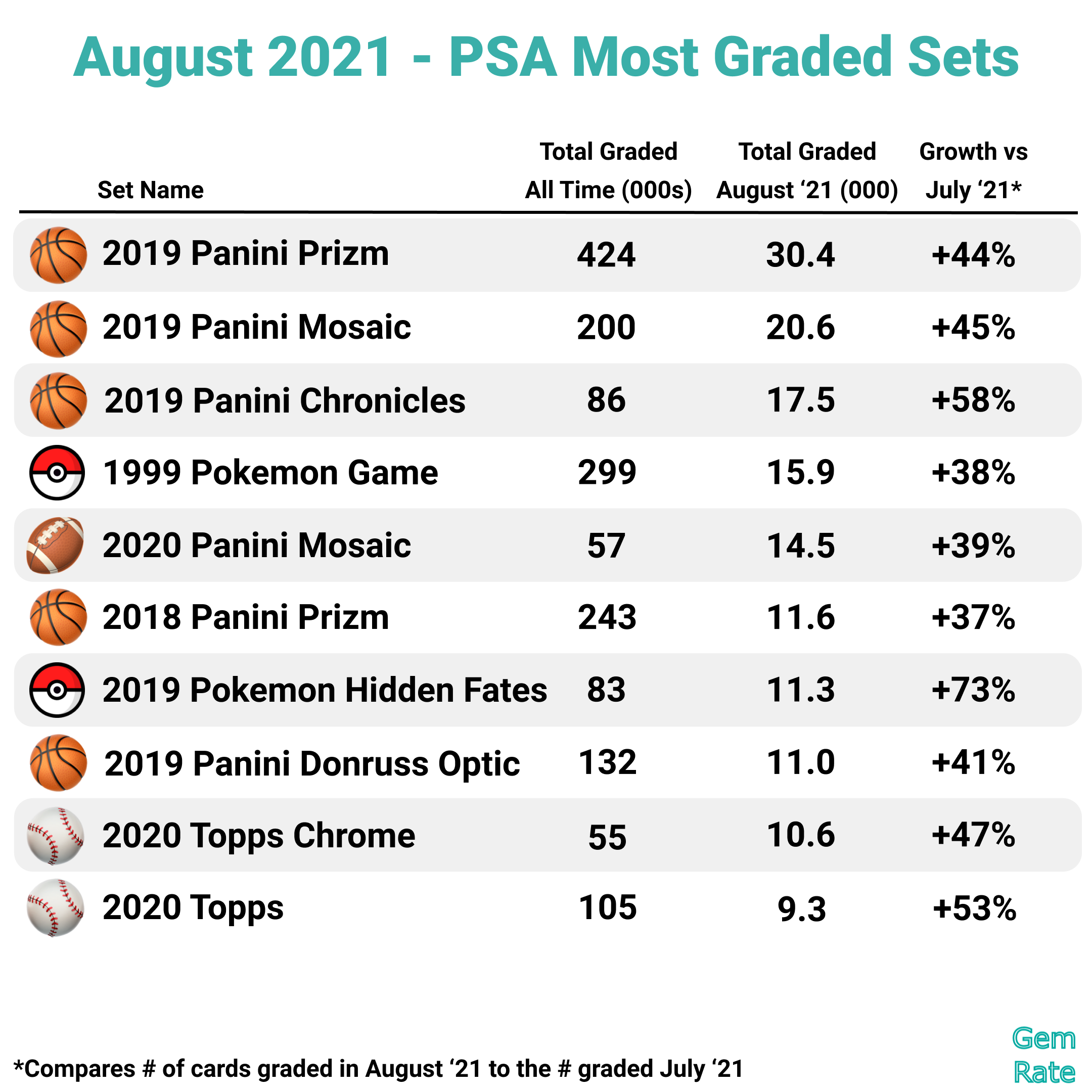 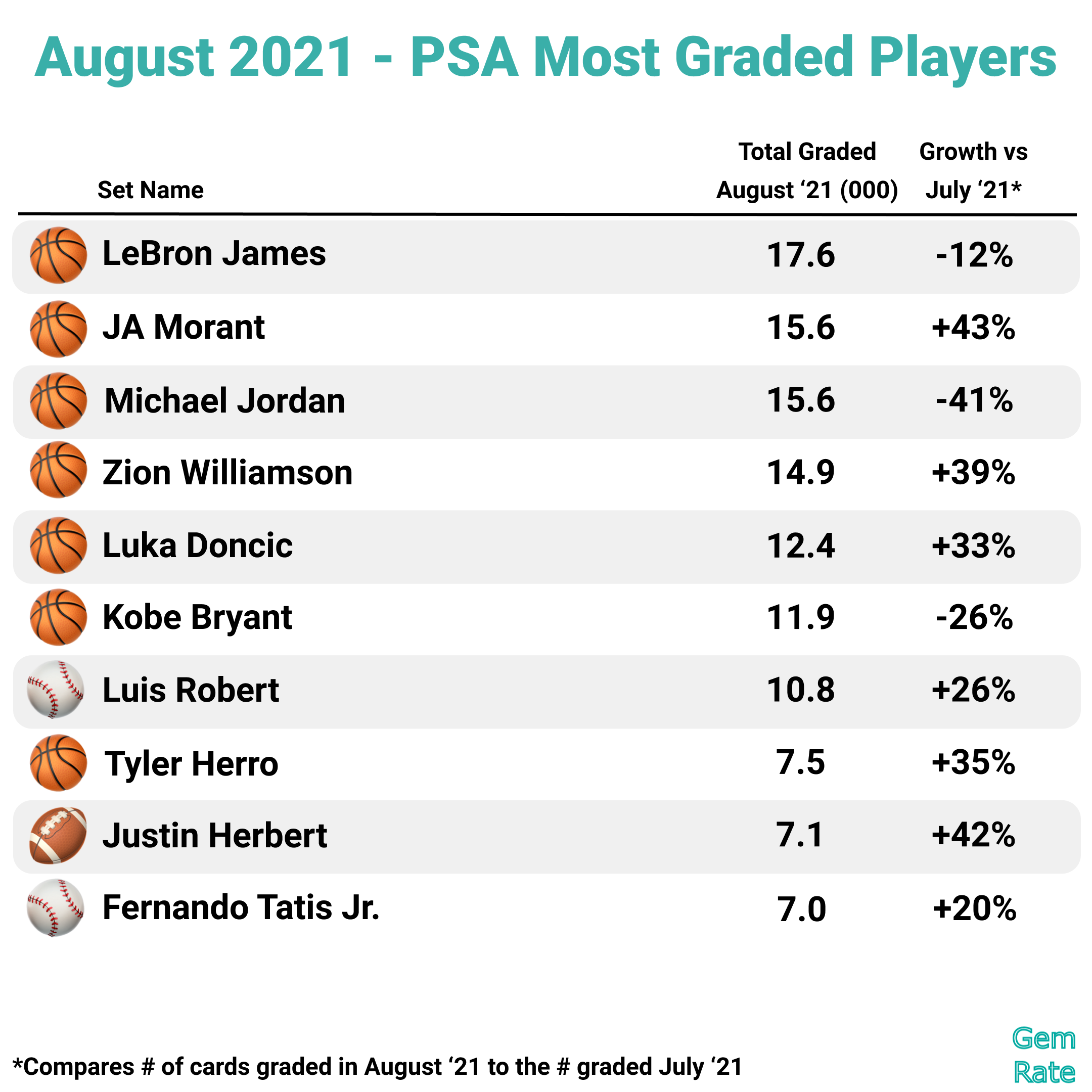 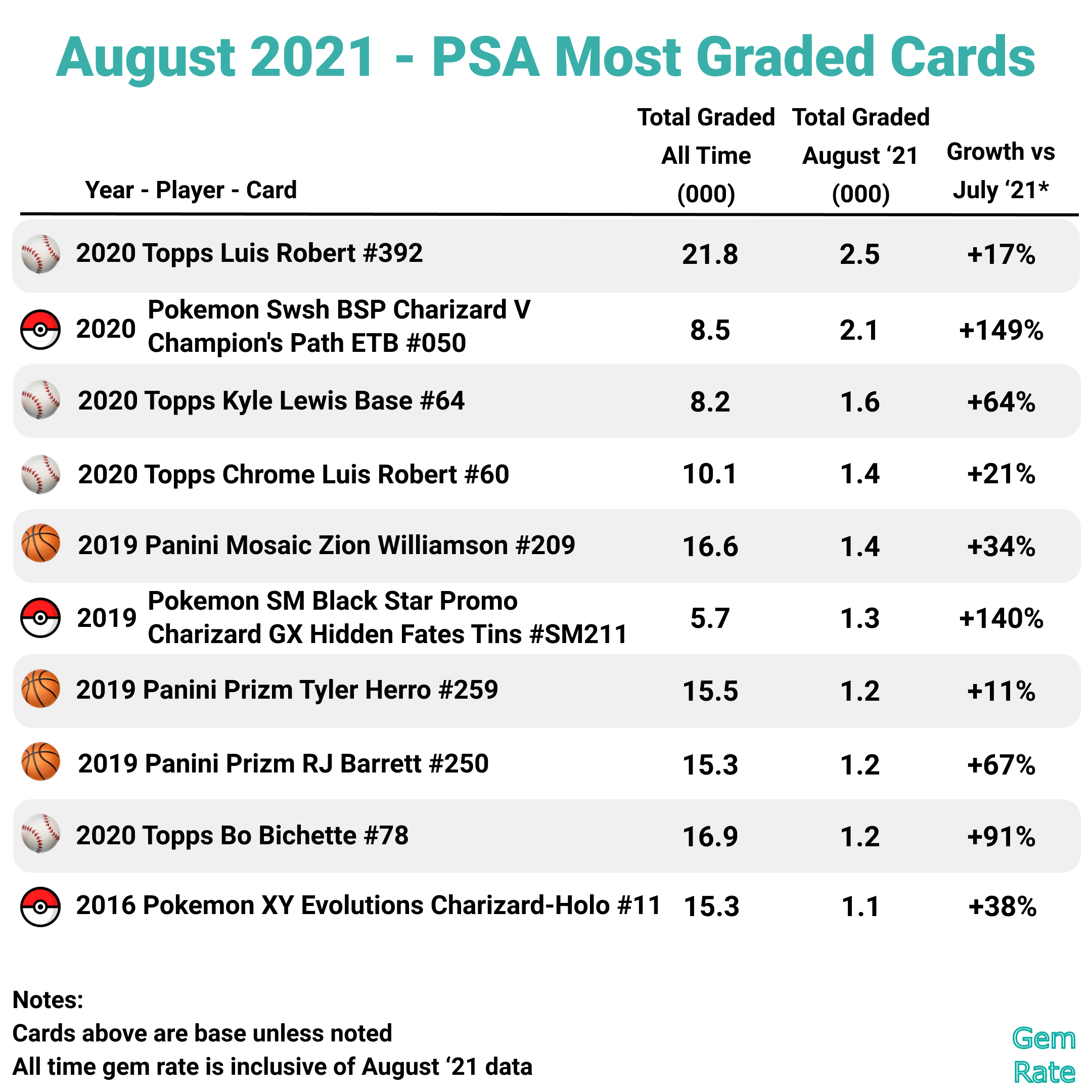 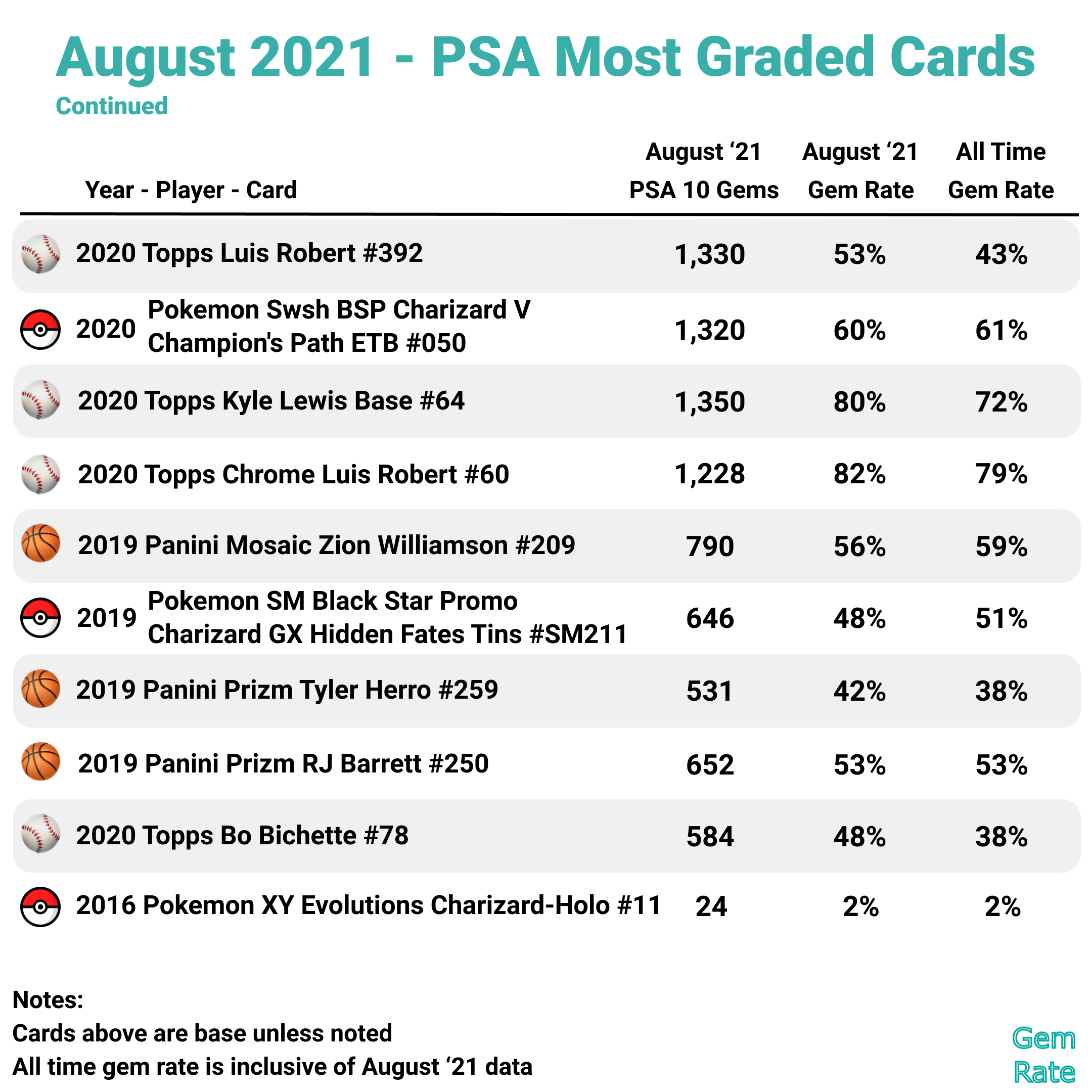 Who knows! The shifts in volume have been meaningful across categories and eras over the past few months. We suspect August activity is closer to the near term normal...but it is hard to know where exactly PSA is in its many million card backlog. It would not be a surprise to see Pokemon continue to increase and football to grow modestly in September, but that expected activity isn’t a bet we’d place just yet.